The other The Avengers...Not as bad as was told I don't think. It has enjoyable.moments and is quite fun. Sean Connery is good as the bad guy and they clearly weren't going for serious so why take it so. Watch, forget the world and enjoy. Needs extras though. #theavengers #ralphfiennes #umathurman #seanconnery #jimbroadbent #eddieizzard #jeremiahchechik

Ralph as Monsieur Gustave in The Grand Budapest Hotel • 📸 unknown 🗓 2014

"You gotta stick to your principals" -(in Bruges)- . . . What's your favorite Collin Farrell's performance?

🚨No Time to Die May Break James Bond Franchise Opening Weekend Record🚨 - According to Box Office Pro, No Time to Die is projected to earn between $75-100 million domestically in its first three days, in range of the series' all-time opening weekend record. Currently, Skyfall holds that title with $88.3 million. No Time to Die could certainly challenge for that mark, considering it ranks among the most anticipated upcoming films. And since 2020 is a smaller movie year in regards to franchise tentpole releases (especially compared to 2019), the latest Bond installment stands out more as a proper cinematic event worth getting hyped about. No Time to Die is one of the biggest releases for all of 2020 - not just the spring - so it shouldn't have any trouble attracting large crowds. If this is where the projections stand about two months away from release, it's possible the estimates could rise when the premiere gets closer and excitement reaches a fever pitch. Should No Time to Die earn enthusiastic word-of-mouth leading into its opening weekend, that would only help give its box office prospects a boost. It is worth mentioning this spring features a few high-profile titles, including Disney's live-action Mulan remake and the long-delayed comic book movie New Mutants. So, No Time to Die isn't exactly the lone genre picture that'll be playing this season. That said, it isn't going to face too much competition when it opens, and it's arguably the one arriving with the most fan fare. Plus, No Time to Die is getting a jump start on the summer movies (it opens three weeks before Black Widow), so there will likely be much interest in catching a major action film on the big screen when it arrives. Time will tell if No Time to Die will give the Craig era a compelling farewell, but at the very least it looks like the movie is all but guaranteed to be financially successful. No Time To Die/James Bond 25 (2020) Release Date: Apr 10, 2020

How do you feel about a Black James Bond? . James Bond bosses have dropped the biggest hint yet that the next actor to play #007 will not be white, but squashed rumours Daniel Craig's successor would be a woman. . No Time To Die will be Craig’s last outing as the #M16 #spy, and rumours have been swirling that the person to take over the role may not be male. Speculation that Bond could be a woman was fuelled after actress Lashana Lynch was confirmed to be playing a female #00 agent after Craig's Bond left active service. But Barbara Broccoli, producer of the iconic series, has now said: “he can be of any colour, but he is male.” But all signs point to Edris Elbar in taking the new Bond Role. . But is this the right move for the franchise? Should Bond always be white or is Bond being black a step in the right direction? Voice your opinions below! #crashclubdebates #crashclubmedia #repost @imjustnews

Hope you all have a fantastic weekend!

the english patient • please share if u can, i don’t know a lot of people who have watched this it’s so so good but definitely out of the norm of what people edit lmao • ac aeporenn cc me dt tagged • #rapturousgrp #eidolongrp 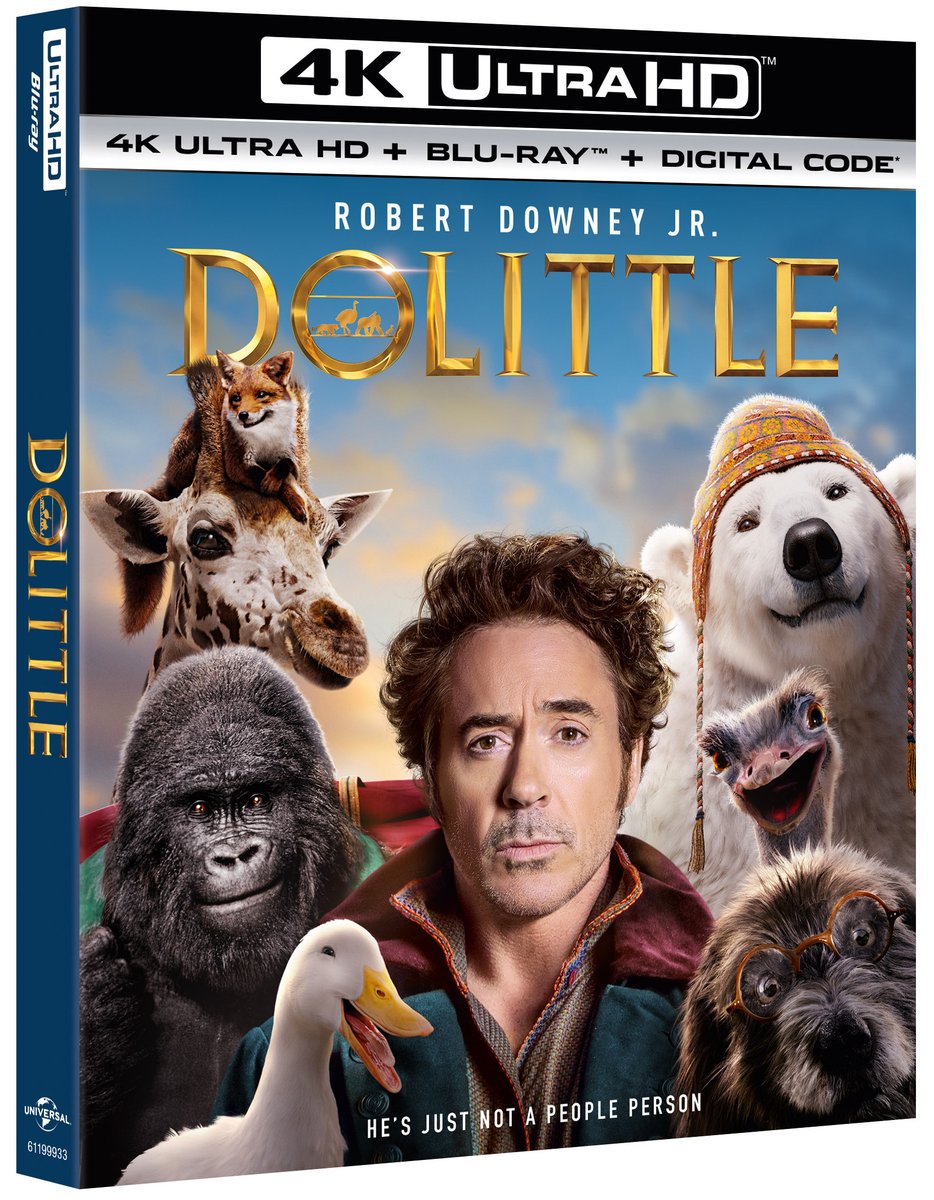 #RalphFiennes is one of the finest actors in world history.

In 7 months, "The King's Man" arrives. • • • Catch the Official Teaser Trailer, with #TheHitHouse composer @William_Hunt’s customized track from our “RE:ACTION NOIR” Album here: http://bit.ly/TheHitHouseTheKingsManTrailer (LINK in BIO 🎶⬆️🎞⬆️🎶) • • • On September 18, the true power of "#TheKingsMan" is revealed in theaters. • • • 📸: #KingsManMovie 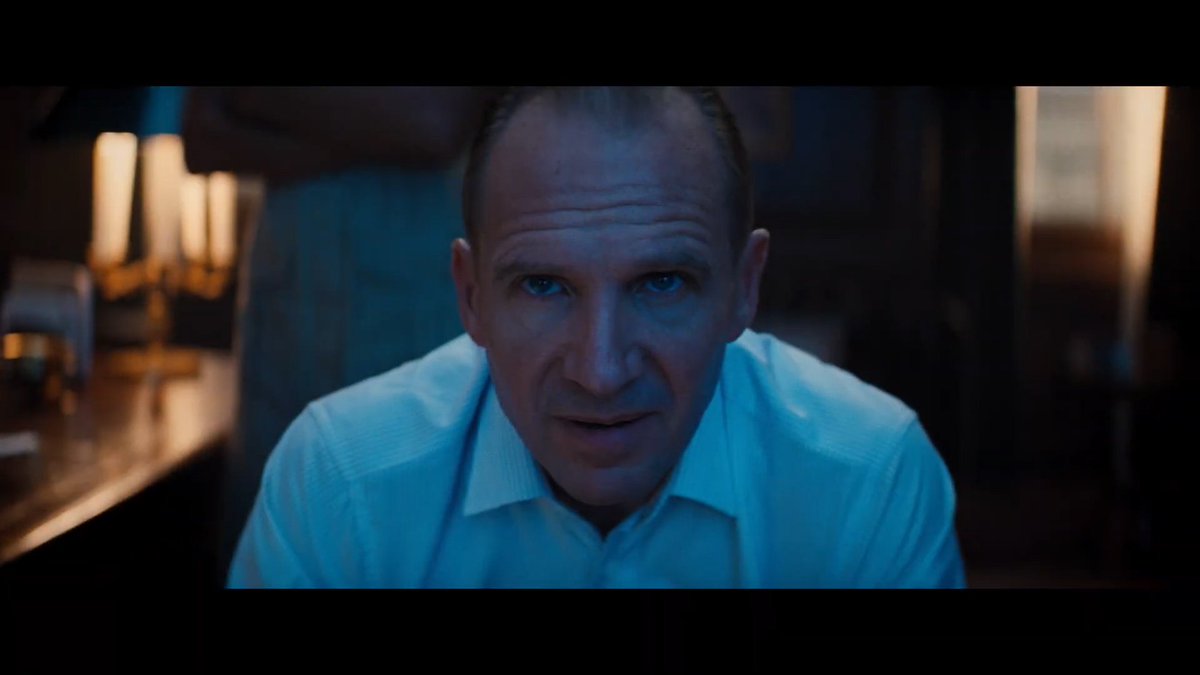 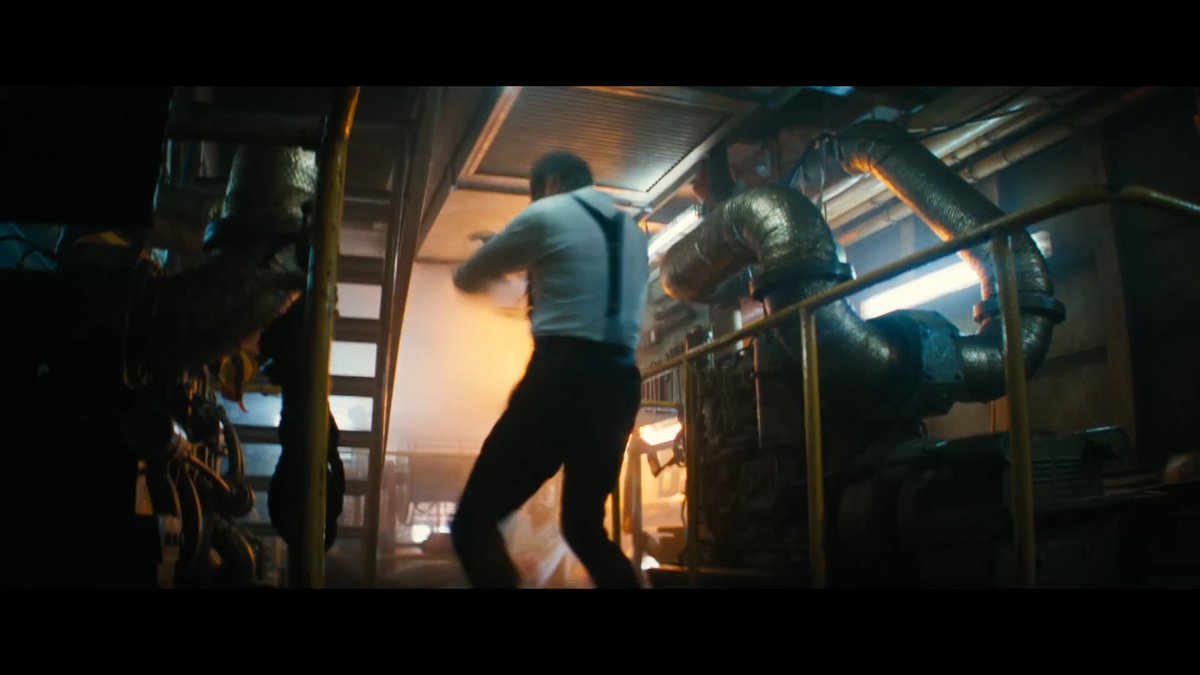 Possibly some of the best acting I've ever seen in a movie, absolutely brilliant scene with excellent cinematography. I Could Have Got More Out... Schindler's List End Scene #SchindlersList #StevenSpielberg #Oscars #LiamNesson #BenKingsley #RalphFiennes https://youtu.be/xEA3B-AuNgQ 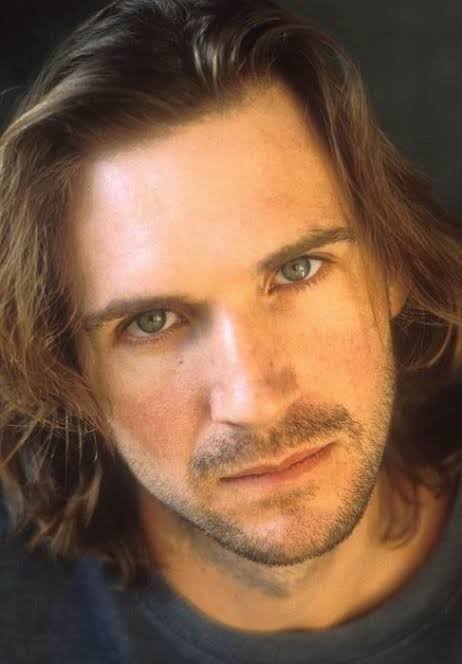 #OfficialSecrets I was pleasantly surprised by this film. It is a very well-made political, journalistic, and legal thriller. Starring #KeiraKnightley, #RalphFiennes, and #MattSmith, "Official Secrets" is based on the true story of #KatharineGun a whistle-blower who worked as a communications spy for the GCHQ - a British intelligence service. In 2003, Katharine received a memo from the NSA asking for Britain's help to blackmail other members of the UN Security Council in order to get them to vote in favour of the Iraq War. Stricken with guilt, she bravely decided to expose the truth behind this illegal war to the press. In the telling of Katharine's story, director #GavinHood has made a dark film - literally - it feels like everyone in this movie is trying to save on their hydro bill. However, the dim lighting matches the dark reality of the circumstances. This film examines the dangers of unchecked power, and even though it depicts events from nearly twenty years ago, it still feels very relevant today, especially given the current political climate. Keira Knightley gives a fantastic performance; she is able to convey so many emotions throughout the film, and really shows the struggle that Katharine Gun had to endure as a result of her actions. That being said, what I liked most about this film was the fact that it doesn't only focus on the distress of Katharine.  The director also takes time to examine the work of the journalists, and the debate about the morality and legality involved in publishing such a dangerous story. At the same time, attention is also given to how the lawyers were planning on fighting this momentous case. The tension progressively builds throughout the film, and there are plenty of plot twists to keep you entertained. Yet, be warned, there is A LOT of dialogue, but the performances of the stellar cast keeps it from ever feeling dull.  I thoroughly enjoyed this movie, and it is unfortunate that it didn't get more attention.  I highly recommend checking it out when you can, especially if you are a fan of investigative thrillers, 8/10.

Ralph and Liam Neeson in the VIP section at the Madison Square Garden U2 concert • 📸 unknown 🗓 2005?

⠀ #Dolittle (2020): 4/10 Director: Stephen Gaghan Runtime: 101mins ⠀ Dolittle is the 2020 reimagining of the famous character and story, primarily inspired by the second Dolittle book ‘The Voyages Of Doctor Dolittle’. The film’s plot is a relatively simple one; Dolittle (Robert Downey Jr) and his beloved animals must head off on a perilous journey in search of a mysterious healing tree in the hopes that its cure will save the dying Queen Victoria (Jessie Buckley). ⠀ Downey Jr, publicly stated his desire not to put on the same English accent used for the ‘Sherlock Holmes’ films, instead adopting a soft Welsh accent inspired by eccentric Welshman Dr. William Price, who incidentally also believed he could talk to animals, although sometimes the accent is a little too soft and is difficult to pick up. He certainly looks eccentric enough, with his whacky hair and offbeat clothing, but does he really fit the character? ⠀ The other major issues lie in the film’s main make-up; the plot direction, screenplay, and even the acting are all worryingly bland, sometimes even cringeworthy, to the point that it’s only really entertaining enough to hold the attention of a younger audience. Bar a few silly moments that may bring out a smile, particularly those from Michael Sheen, Dolittle just isn’t memorable in the slightest. Sure, the CGI animals all look okay and the voice work is fine, but at no point does the story do enough to take you on its adventure and really immerse you in the effects and world around you. Disappointing. ⠀ #FilmReview #MovieReview #Review #FilmCritic #MovieCritic #Cinephile #DolittleMovie #DolittleReview #DolittleMovieReview #DoctorDolittle #RobertDowneyJr #EmmaThompson #MichaelSheen #AntonioBanderas #JimBroadbent #JessieBuckley #HarryCollett #RamiMalek #JohnCena #OctaviaSpencer #KumailNanjiani #TomHolland #CraigRobinson #RalphFiennes #SelenaGomez #MarionCotillard #FrancesdelaTour #JoannaPage #RalphIneson

The Grand Budapest Hotel (2014) Dir. Wes Anderson Plot Summary: The adventures of Gustave H, a legendary concierge at a famous hotel from the fictional Republic of Zubrowka between the first and second World Wars, and Zero Moustafa, the lobby boy who becomes his most trusted friend. · So, this is my first Wes Anderson film. And...yeah, it was pretty good. The most noticeable thing about it is the incredibly unique visual style. This story is told mostly in flashback; during this flashback, the aspect ratio is 1.37:1. This is just one of the many reasons it looks fucking fantastic - everything is so well framed inside that square. You can see the edges of walls, Bannister's, faces; I just love how this portion of the film is presented. Another quirk of Anderson is his everlasting use of symmetry. I'm the type of person that loves symmetry, so almost every shot made me quite happy. Everything just looks so...satisfying. The general cinematography and camerawork is phenomenal here; I have no clue how some shots were done. For the most part, it's stunning. There's a few goofy shots, but I'll get into that later. The production design on this is also pretty staggering. The lavish costuming. The grandness of the hotel contrasts with the grey of the prison. The unique presentation and set design in general. It's one of the main reasons I've always wanted to see this. From the moment I saw the big arse pink hotel perfectly slap bang in the middle, I was completely attracted. The performances and characters are great all round, too. My favourite being Ralph Fiennes as M. Gustave. His character is very interesting because of his great performance and really fun dialogue. I love how his friendship with Zero is shown to grow throughout. The dialogue, editing and camerawork all lead to some comedy as well which often got a laugh out of me. · Generally, The Grand Budapest Hotel is very good. But I can't say that I'm gonna think about it for very long. I don't know if this is really a negative per se, but after seeing a lot of films that had a lasting impact on me - I don't think this will. It's pretty and all, and the plot is fun, but...that's it. (Cont->) 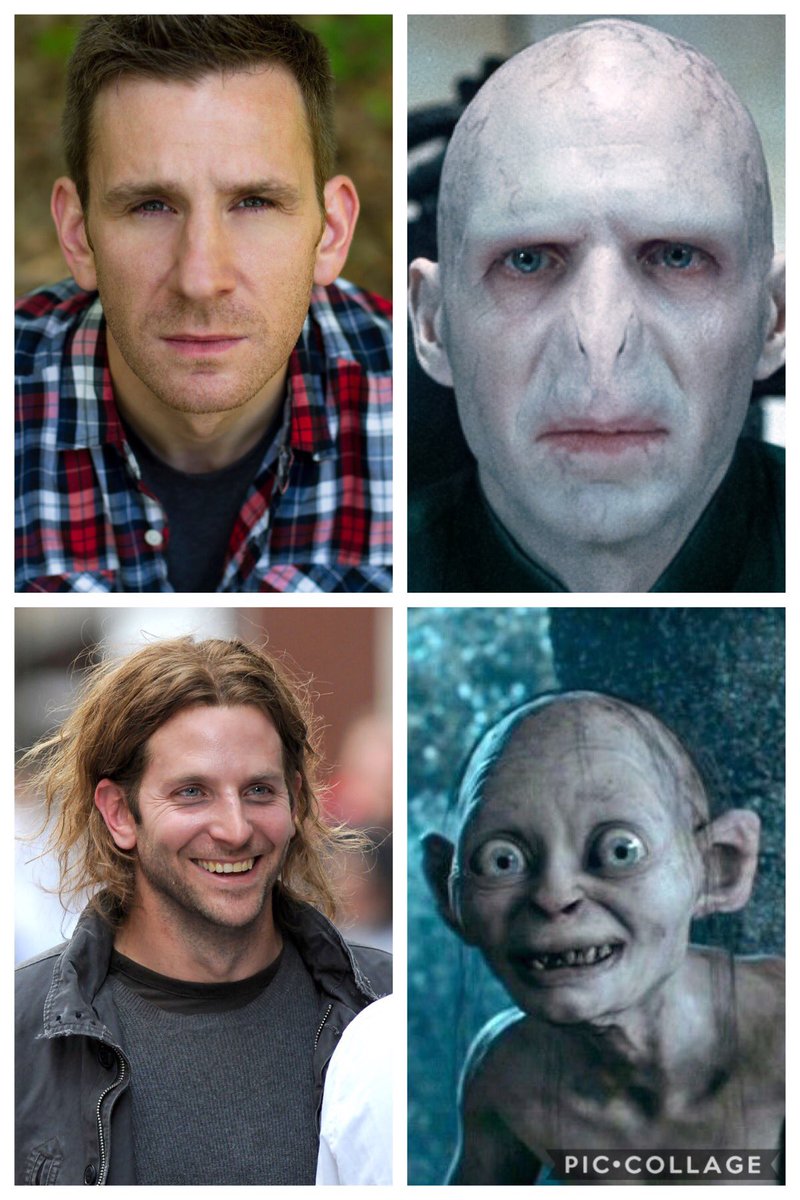 My doppelgänger series. Now that that’s out of the way. You should come watch PUFFS tonight! There’s 15 tickets left so you’ll need to be at the theatre right at 6:45pm to get in. Last night’s SOLD-OUT crowd was amazing! #doppleganger #puffs #bradleycooper #ralphfiennes #smeagolpic.twitter.com/6l3huYNHkp

THE ENGLISH PATIENT (1996) http://www.hedmarkreviews.com/2020/02/the-english-patient-memories-of-love/ … Themes of love, sorrow and trust in times of great upheaval are delicately handled by #AnthonyMinghella in his adaptation of the novel. #RalphFiennes #JulietteBinoche

there’s really no point in doing anything in life because it’s all over in the blink of an eye and the next thing you know, rigor mortis sets in 🎞 the grand budapest hotel ♫ circles - post malone ac streliz

Ralph and Liam Neeson in the VIP section at the Madison Square Garden U2 concert • 📸 unknown 🗓 2005?