Chillin’ on a ladder, waiting to shoot a tricky whip tilt gag. It was an awkward maneuver to make but fun to pull off. #setlife #cinematography #movie #filmmaking #acrobaticcameramoves https://www.instagram.com/p/B8rn9PHhj-I/?igshid=n54kq251mn0v …

I am in FLOODS. Eastenders you excel every single time. That episode was mind blowing. The cinematography and ACTING. WOW. WOW. WOW @bbceastenders @kelliebright76 @MrDDyer

💍 WOW! We had such an amazing time at Quirky Weddings Fair! 💍 Big massive thanks to @quirkywed Storm Dennis couldn’t stop all you loved up couples and we are so glad! We love chatting to you guys about all your wedding plans! I’ll be replying to all your email enquiries this afternoon! Our winner of our competition to WIN 50% off your video package will be announced tomorrow! So if you didn’t get the chance to come down to the show you still have a chance to enter. ⚡️ All you have to do is sign up to our newsletter on our website to be entered! ⚡️

Did some more digging and found these two gems! Hard to believe I took these shots around two years ago. Feels like it was yesterday. Fun fact, you can’t take this picture anymore. They built a huge building in the way of the parking garage I took this from. Big thanks to my buddy @greysen.m for taking me to this spot back when I didn’t have a car. Had a lot of fun going on exciting photoshoots through downtown Nashville back in the day! • • • • • • • • • • #nashville #nashvilletn #nash #downtown #streetphotography #reflection #reflectionphotography #landscape #landscapephotography #nightphotography #lighting #memories #atandt #oldphotos #sigma #sony #sonya7iii #sigmalenses #photography #photographer #cinematographer #cinematography #creativepics #photoshop #adobe #instagood #photooftheday #camera #art #canon

Subtexts in Films Subtext is the underlying theme, a deeper meaning beneath a scene, a dialogue or most commonly & shot. A subtext is the most common thing one could find in a movie, it’s everywhere. Here’s a try to analyse subtext in context of a movie scene. In Neelakasham Pachakadal Chunna Bhoomi, Kaasii & Suni joins with the team in Puri & there they meet Ishita. Ishita slowly develops a liking to Kaasii & Kaasii acknowledges this. As during the night party in the beach Ishita & Kaasii gets their moment & they slowly moves close to each other, we get these two shots of them being close to each other & then suddenly Kaasii realises, this is not something he should be doing now & backs away. Kaasii recognises that Ishita is unaware of his past & she should have felt other way as he too made the move. He takes her to the beach where he trekked earlier & explains her about his past. The arch of Kaasii - Ishita story takes a beautiful conclusion here as they sit together in the beach watching the sun set. Then we get this shot, a wide frame of Ishita & Kaasii , there’s a small space between them. A space of understanding & acceptance in context to the previous shots at night. The text is Kaasii & Ishita sitting in the beach which is the upper layer where as subtext is the underlying meaning, of understanding each other & accepting the emotions of each other. Subtexts can be anything , a dialogue , a look, a scene or even two people sitting leaving a space between them, on a beautifully set shot in the backdrop of a beautiful evening in beach. If you find such subtexts from movies that you have watched, do comment below , we’ll try to make more posts on the various subtexts in movies. Neelakasham Pachakadal Chuvanna Bhoomi(2013) Direction: Sameer Thahir Cinematography: Girish Gangadharan Editing: A Sreekar Prasad Music: Rex Vijayan #subtext #cinema #neelakashampachakadalchuvannabhoomi #sameerthahir #dulqersalman #girishgangadharan #rexvijayan #cinematography #cinema #malayalamcinema #dulquer #friendship #emotions #travel #motionemotionbeyond #cinemeau Follow: @cinemeau

Me and my beard bro setting up a shot on the FS5 in the cold 🥶 of winter . . #fs5 #cinematography #brooklyn #coldweather

The cinematography is very gritty which helps substantiate the realism this movie tries to portray. The main actors deliver a very authentic performance as to anyone that will have such occurrences happen to them.

marsapartment: Thinking about how the cinematography and lighting in the scene where hungover Harley Quinn buys an egg sandwich, and goes through the heartbreak of losing it, is better and more moving than 99% of cinema https://tmblr.co/ZdLFak2nnQo7D

the cinematography, imagery, directing, writing all et in the episode Battle of the Bastards on GOT deserves rewards its the best episode

I’d agree. It was technically impressive and cinematography was breath taking. But the story was very rail and heavily relied on deus machina

I think he's also film-smart enough to be objective. He might like a film, but it have bad cinematography or pacing and he'll take off for it. I think a big part of absorbing media critics' reviews is knowing their preferences also.

and then they’re like “oh but it’s love! age is just a number!” and so is a jail cell number, and the whole of the lgbtq+ community is not white guys who eat cherries and have curly hair i’m sorry. the only thinh good about this movie is the cinematography. that’s it. https://twitter.com/odinsonsfilm/status/1229137860445515781 …

I, Daniel Blake. Directed by Ken Loach, 2016. . After having suffered a heart-attack, a 59-year-old carpenter must fight the bureaucratic forces of the system in order to receive Employment and Support Allowance. . #kenloach #danielblake #idanielblake #idanielblakemovie #davejohns #hayleysquires #film #movie #cinematography #cinema #2016

I wasn't 100% after my illness i had before this shoot, but i promised to my beautiful bride @haniyarizvi that i will come to capture her couple shoot and i am glad i stick to my promise. She was nervous when she arrived on location we decided but her husband @salaadman made her so comfortable during the shoot and we managed to get the best shots. Presenting my beautiful couple @haniyarizvi & Sarmad @salaadman Mua: @amnahussainmua Hair stylist: @amnahussainmua Venue: @premierbanqueting Sister : @fizzarizvi97 Cake: @herascakes Photography: @adeelafridiphotography For nationwide and International enquiries call/txt/WhatsApp us : +44 7932 933 332. Email: [email protected] www.afridi-photography.co.uk #weddings #weddingphotography #bangaliwedding #cinematography #like4like #followme #snapchat #husbandandwife #bride #hudabeauty #instagram #shoutout #lifestyleblogger #fashionblogger #bridalmakeup #weddingdresses #photography #photographer #indianwedding #mehndiartist #modeling #weddingcake #henna #facebook #shoutouts #kiss #selfie #pakistanstreetstyle #instagram

The writing, direction, cinematography, editing, production design, hair/makeup/wardrobe, SFX, choreography, the PERFORMANCES, etc. are spectacular. Why didn’t the studio push this as an awards contender?!

A few BTS snaps from the short film we shot this weekend in Manhattan. Great cast and crew! Featuring our fully rigged out and upgraded @sonyprousa Venice including the Rialto extension for an easy overhead rig! Shout out to @sigmacine for the gorgeous cine primes at a reasonable price! 📷: @akintayoadewole

requiem for a dream. trying to rewatch that movie is excruciatingly painful. it’s best at creating a realistic story that has haunted me to this day. the editing, cinematography, writing and all-around scary-realistic plot just make it unrewatchable

Next Sunday we release the best @deadanimalassemblyplant ever! I can say that without feeling like I’m hyping it up. They’re so good and the video is sick. We made some mighty fine art. We’re doing a DOUBLE header and releasing the new @vintersea music video together at the Hawthorne Theater Lounge. Come party and get first looks at it. #hotkarlproductions #deadanimalassemblyplant #daap #vintersea #musicvideo #teaser #bmpcc #bmpcc4k #xeen #hurlbutacademy #cinematography #oregon #oregonmetal #metal #mtheory #mtheoryaudio #sic #shanesinnercircle

Tuhin Ahmed | Producer : “Ultimately my intention for storytelling stems from a frustration of being either underrepresented or misrepresented, with depictions of south Asians and Arabs being extremely stereotypical and offensive. Further to the discussion of race coming from a religious background, I feel as if it’s incumbent on me to contribute to a narrative that dismisses misconceptions about my community as mainstream media often paints us as black and white, stripping us of individuality. As a child of diaspora, I felt as if it was my civic duty to tell a story with depth in order to humanise and highlight the struggle of reconciling culture in our postcolonial landscape, especially given the recent rise in right-wing sentiment.” • • • • • • • #producer #filmproduction #filmmaking #film #filmmaker #cinematography #setlife #behindthescenes #director #cinema #videoproduction #movie #cinematographer #shortfilm #production #filming #movies #filmmakers #films #onset #photography #videography #indiefilm #directorofphotography #video #cinematic #producer #actor #filmlife #filmfestival

Incredible film. When we heard that Hugh Jackman had been cast as Wolverine, if you'd told me then that we'd be getting this, I would have laughed in your face. This is superb achievement on any level and in every aspect; script, score, cinematography, performances, direction 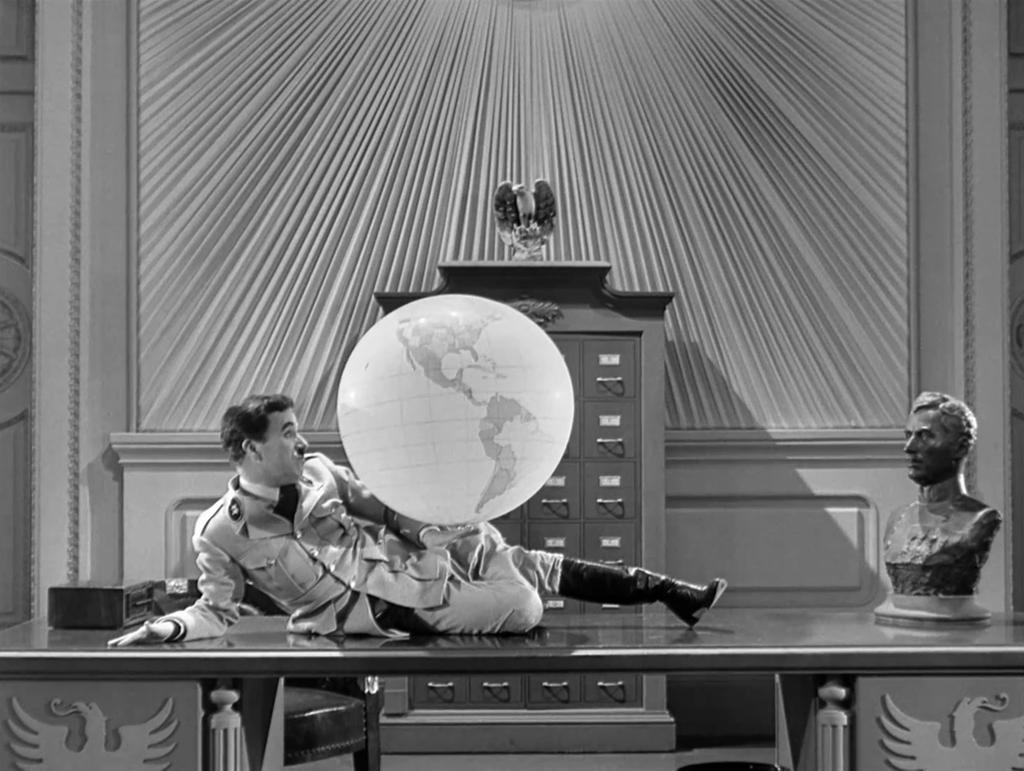 This next series is a spotlight on a particular lighting tool - the cucalorus (cookie, kukaloris, kookaloris, cukaloris, cukuloris, cookalorus, and abbreviated as cuke, kuke, kook, coo-koo, etc.). No matter how you spell it, the classic cucalorus is a mottled shadow pattern — a collection of leafy amoeba-shaped holes cut into a piece of thin plywood. It’s intended to be used to break up light into an organic shadow pattern - typically used in hard light, but adding a texture to light can help add another layer to the scene. It’s a simple tool that you’ll find on nearly every grip truck. You’ll often hear people refer to any gobo as a cucalorus, but that is incorrect. The cucalorus is a specific type of gobo meant to introduce a natural leaf-like stipple pattern into the light. These can also be custom-made by cutting out plywood, Masonite or even cardboard in this leafy shape. A “perfect” cucalorus has no straight edges at all. Even the exterior edges are scalloped so that it all feels “organic” and not geometric. As with any shadow-casting object, the closer it is to the light fixture, the softer the shadow pattern will be. You can thus “feather” a cucalorus by adjusting its angle to the light. A perfectly parallel plane to the lens of the light will create an even, uniform sharpness to the shadow pattern. Adjusting that angle so that one side of the cuke is closer to the lamp and the other side is farther away will create a gradient of softness across the pattern that can appear to be more organic. They’re often used for background texture, but can just as easily be used on talent. While a sharp cuke pattern might feel artificial and a little cliche - a softer one can be very subtle and add an interesting texture. Both of these cukes pictured are from Matthews Studio Equipment. More to come! - @jayholben #acshotcraft #cinematography #lighting #learnfilm #lightingtools

What do these films have in common with the movie Birds Of Prey? "Cinematography" Matthew Libatique is an American cinematographer of #BirdsOfPrey .pic.twitter.com/bXDbvpcm2v