So Mark Jindrak was originally suppose to be "Batista" in the group? Did not know that...

Next project just announced. Check out Deadline.com. Adrian Paul joins #jasonmamoa and #davebautista and the cast of Apple TV’s season 2 of “See”

Stuber (2019) Synopsis: A detective recruits his Uber driver into an unexpected night of adventure. Watched this one a 90 minute flight because I had pretty much seen everything else. I didn’t think this one would amount to much. Outside of the character of Drax, which is pretty much all he has in the movie world, and Kumail Nanjiani is really funny but I didn’t feel like that was enough. Then I watched it. Stuber doesn’t reinvent the unlikely action comedy buddy film or add anything new but honestly this was funnier and more entertaining then it should’ve been. Bautista and Nanjiani have great chemistry and if it came down to it, I’d choose them over another Rock and Kevin Hart movie. 7/10 #stuber #davebautista #kumailnanjiani #funny #comedy #movies #movie #moviereview #moviereviews #film #films #filmreview #filmreviews #cinephile #movielover #follow #followers #nowwatching #moviecollector #moviecollection #bluraycollection #bluraycollector #bluray #vhs #vhscollection #vhscollector #filmlover #newpost #bautista #funnymovie

Originally Jindrak Was Suppose To Be In Evolution.

Thank you @marvelstudios ~ Sooo wow...2019 is leaving and this is the last edit of the decade... and wow I just wanna say how crazy and amazing this year has been- it wasn’t the best year, but I met soooo many people that I now can call my friends (I’ll be tagging a lot of people in the comments btw) but I’m really glad this year is ending and 2020 is coming cause I know 2020 is gonna be an amazing year I can feel it, but especially thank you to them... to @marvelstudios for making this decade the best, this decade will always be in my heart cause of them... every single person in this edit has really made me a better person, and it blows my mind that fiction characters to actors/actress could really do that- so a big thank you to them for making me a happier person, and and a thank you too all of my followers... wow 3k? That’s crazy- so thank you sm for everything, 2020 is right here so let’s make this year the best! I love @marvelstudios and all of you 3000! <3 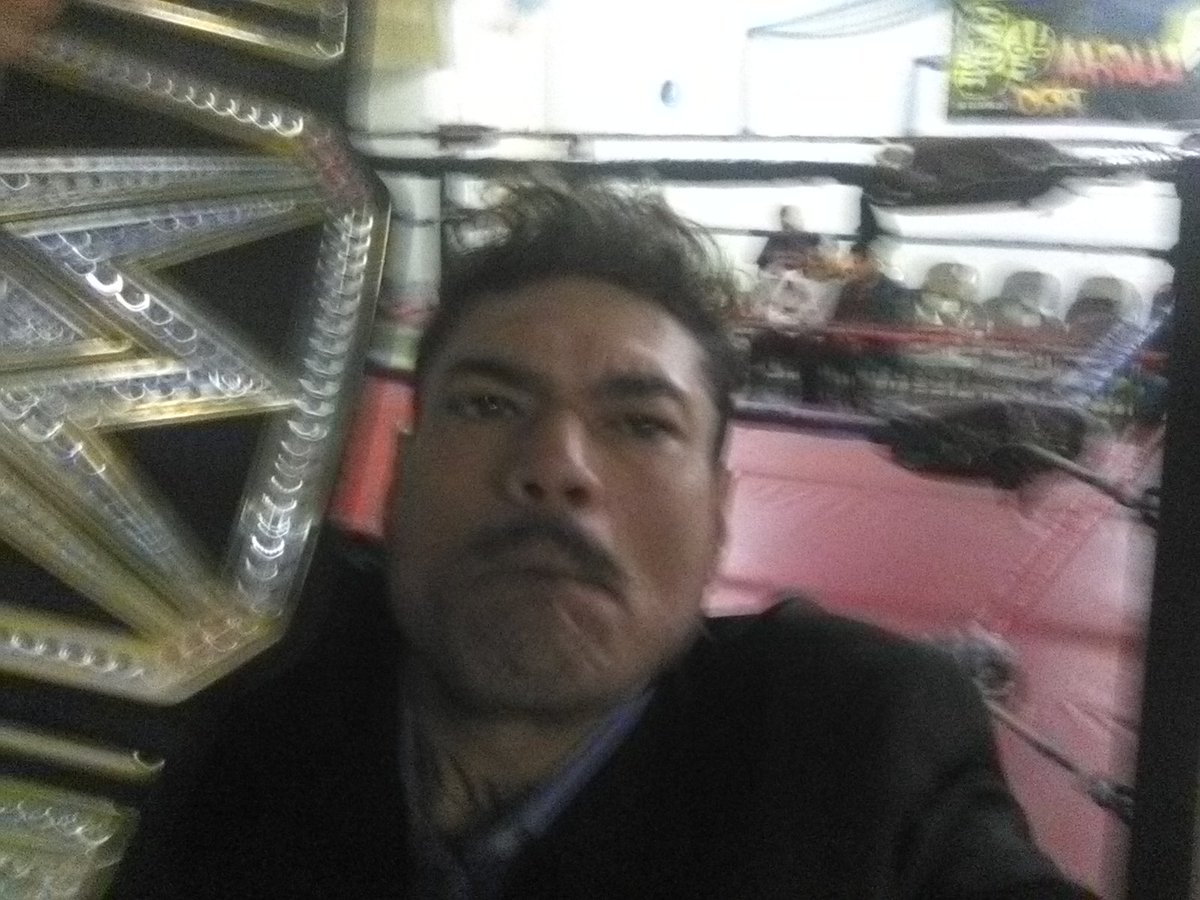 Dave Bautista aka “Drax” on Guardians Of The Galaxy has been spotted in the park today! . Follow Us! (The Page Owners) Richard’s Personal @Rickscoped Katie’s Personal @KatelynnPeralta . We are now on Twitter! Our handle is @DisneylandCeleb . (Credit: Added Upon Request) . . . . . . Disclaimer: THIS PAGE IS NOT AFFILIATED WITH DISNEY! We know it is awesome to see a celebrity in person, but we do ask that you please respect their privacy and admire from afar. This page is solely for entertainment purposes. Many posts are user submitted. All posts fall under “Fair Use.” Thank You! . #GOTG #guardiansofthegalaxy #Marvel #avengers #Infinitywar #Endgame #avengersendgame #Drax #StarLord #ChrisPratt #DaveBautista #Thanos #Disney #Disneyland #DisneylandResort #DisneylandCelebs #DisneylandCelebrities #CaliforniaAdventure #DCA

The Guardians' opinions about Thor.😂😂😂😂 ➖➖➖➖➖➖➖➖➖➖➖ #mcumemes#infinitysaga#guardiansofthegalaxy#avengers#endgame#infinitywar#chrispratt#zoesaldana#davebautista#vindiesel#bradleycooper#pomklementieff#chrishemsworth#starlord#gamora#drax#groot#rocket#thor#mantis

🚨Chris Pratt Won’t Deny (Or Confirm) Thor Is In Guardians of the Galaxy 3🚨 - While speaking to IGN at the premiere for his new Pixar film Onward, Pratt remained coy on the subject of whether the God of Thunder could join the Guardians. When asked why Thor isn't in Vol. 3, Pratt immediately asked "How do you know that Thor's not in Guardians 3? We haven't shot it yet." Pratt then continued by playfully saying, "He might be in Guardians 3. We don't know, there's no definitive yes or no on that." For his part, Gunn previously stated that the events of Endgame won't effect Vol. 3's script because he already knew what would happen in Endgame while working on it. This could suggest he already wrote a part for Thor in Vol. 3, or he could just be hinting that Vol. 3 will deal with Gamora's (Zoe Saldana) death in Infinity War. Additionally, Gunn later said he hopes to wrap up the stories he began in the first Guardians of the Galaxy with Vol. 3. Another thing leading fans to wonder if Thor will truly appear in Vol. 3 is his fourth solo movie, Thor: Love and Thunder. Thor was last seen jetting off into space with the Guardians, but something clearly makes him leave them behind. Could he return to the Guardians after Love and Thunder? Possibly, but if Gunn wants to spend Vol. 3 focusing purely on the Guardians and wrapping up their trilogy-spanning storylines, it might be hard to fit Thor in. Perhaps Thor will just be given a quick cameo. With Guardians of the Galaxy Vol. 3 still so far away, it's only speculation at this point. Hopefully it won't be long before a definitive answer is given. Thor: Love And Thunder (2021) Release Date: Nov 05, 2021 #asgardiansofthegalaxy#chrishemsworth#thor#guardiansofthegalaxyvol3#chrispratt#davebautista#bradleycooper#zoesaldana#vindiesel#karengillan#pomklementieff#jamesgunn#writer#director#adamwarlock#kevinfeige#mcu#marvelstudios#marvel#disney#stanlee#asgardiansofthegalaxyremix#guardiansofthegalaxy#guardians#avengers

For the people that don’t know who the guy on the far right is. His name is Mark Jindrak. He was in a tag team with Rob Conway. He couldn’t draw money which is why they dropped him from evolution.

💥 Greatest Hits💥 Jin Shanzao defeated many local masters but was no match for #IpMan. #IpManLegacy #IpMan4Finale

Ok, so this QMR is filled to the brim with films that I watched on planes during my last holiday. In this specific QMR there is one that I didn’t watch on a plane, but I caught it on streaming so it’s close enough. Stuber is directed by Michael Dowse and stars Kumail Nanjiani as Stu, a man working two jobs, by day he works at a sporting goods store, and by any time after that he is an Uber driver. But when he gets a request from Vic played by Dave Bautista he is brought into a new world involving the police, revenger and a criminal underworld. This is the kind of film that you watch on a plane, you didn’t really want to pay for a ticket to go see it in theatres, and you don’t see the point in investing money into a blu-ray, so you just watch it in one of the most convenient places, your plane seat. Stuber isn’t completely awful, but it doesn’t have a lot going for it either, it’s a very dull looking film that doesn’t offer anything interesting to the eyes, and when that’s accompanied by a pretty lacklustre script, you’re in for a treat. The only positive here is that Kumail and Bautista have pretty good chemistry on screen, and they pretty comedic in their own way, it just feels like this film let both of them down. Stuber is a dull and boring experience that offers nothing new to the comedy world which leaves you feeling empty, and forgetting the experience by the time you’ve stopped watching. Not a great start but oh well, it was one of the last things I watched. Now let’s move onto something I hadn’t heard of but watched anyway. - Continued In Comments

Don’t miss your chance to see #IpMan4Finale in theaters — NOW PLAYING in North America and the UK! #IpManLegacy

He was there , watch the first or second episode

Batista, 4 members of the NWO, & British Bulldog DBS are rumoured to be in WWE Hall Of Fame according to Dave Meltzer & PWUnlimited. I swear the NWO is in the Hall Of Fame like every year man. Get rid of them and give it to someone else that’s more worthy honestly.

That was the style back then tho baggy clothes was in

I think Jindrak himself made the decision not to be in evolution. I think he said that he wasnt ready.

I hope @DaveBautista is having a great day!

For reminder, Evolution used the past (Ric), present (Triple H ) and future (Orton and Jindrak) formula, and by age term, it would fit to that image until Triple H have another thought.

I... I’m so beside myself. This is one of my favorite books and the cast and director are just l... phenomenal. I have goosebumps. 🖤🖤🖤 #Repost @duneupdates ・・・ This day next year, Denis Villeneuve’s Dune will be released. The highly anticipated film adaptation of Frank Herbert’s seminal best-seller, starring Timothée Chalamet, Josh Brolin, Rebecca Ferguson, Oscar Isaac, Jason Momoa, Dave Bautista, Javier Bardem, Zendaya, Stellan Skarsgård, David Dastmalchian and Charlotte Rampling, among others, will be scored by Academy Award-winning composer Hans Zimmer. DUNE will hit theaters on December 18, 2020. In the meanwhile, check this awesome video made by @javierbardemunofficialwebsite until we wait for the official trailer to be released. . #repost from @javierbardemunofficialwebsite #dune #dune2020 #dunemovie #film #movie #denisvilleneuve #frankherbert #timotheechalamet #jasonmomoa #rebeccaferguson #zendaya #joshbrolin #oscarisaac #javierbardem #davebautista #stellanskarsgard #daviddastmalchian #charlotterampling #changchen #stephenhenderson #babsolusanmokun #gloriaobianyo #sharonduncanbrewster #hanszimmer #arrakis #scifi