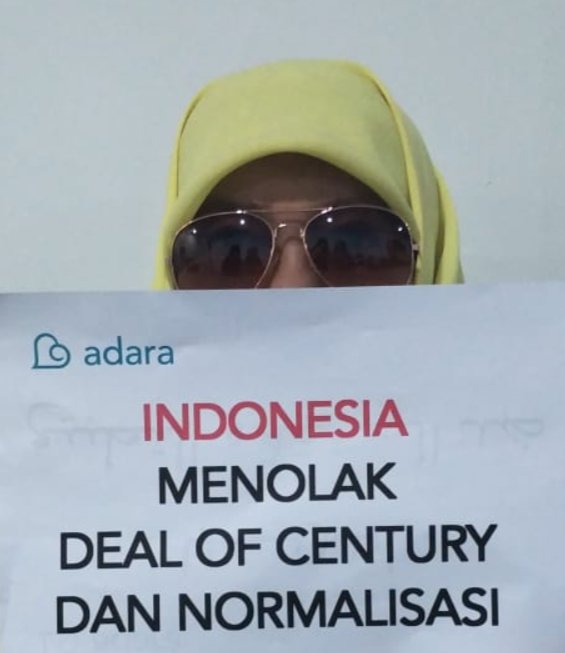 Hosting our first event of the semester! Join SJP in welcoming representatives from Jewish Voice for Peace and American Muslim for Palestine as they discuss the future of Palestine and how you can play a role in the fight against injustice! #freepalestine #amp #jvp

While everything may be made in China, heroes are definitely made in Palestine. #freepalestine

Video From the Sea of ​​Tabaria in occupied #Palestine. #FreePalestine pic.twitter.com/Ge0vIAcfif

The Palestinian in Gaza is living a painful situation and a harsh life. See this picture of a seller in the Gaza Strip who sells bread and the weather is very cold. He is trying to get money to help his young children. In the Gaza Strip everything is cruel #FreePalestine pic.twitter.com/E3LoKvtVHJ

Puctures taken this morning of the al-Aqsa Mosque in occupied Jerusalem. #FreePalestine pic.twitter.com/luNpPts7C5

Israel Is A BIG Apartheid #freepalestine

Why you keep suspending @qudsn ? Shame on you! #FreePalestine #Palestine 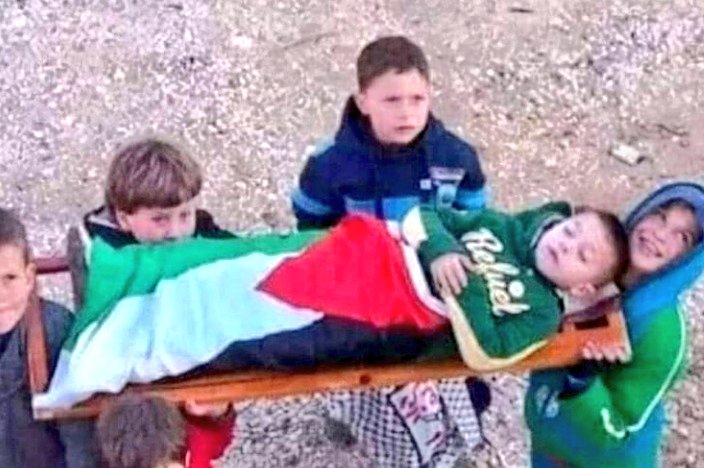 RESPECT THE BOYCOTT: A list of 50 Palestinian artists are calling on Céline Dion (@celinedion) to do the right thing and CANCEL her upcoming concerts in #TelAviv. 🎵Artists must respect the Palestinian call for BOYCOTTING, DIVESTING, and SANCTIONING Israel for their human rights violations!! ✊ #BDS Here is the official statement of these artists: We Palestinian singers, songwriters, musicians, actors and other artists read with concern that Céline Dion has scheduled two performances at Yarkon Park, Tel Aviv. The far-right Israeli regime exploits all performances by international artists to whitewash, or art-wash, its systematic violation of Palestinian human rights. In this context, all artists have an ethical obligation to do no harm to our struggle for justice. Yarkon Park itself is built on the ruins of the ethnically-cleansed Palestinian village of Jarisha, whose indigenous inhabitants were forcibly expelled in 1948 and never allowed to exercise their UN-stipulated right of return by Israel’s apartheid laws. Jarisha is only one of more than 500 Palestinian localities destroyed in the 1948 Nakba, when more than 700,000 Palestinians were systematically exiled and prevented from returning to their homes and lands, so that Israel’s foundational -- deeply racist -- colonial myth of “a land without a people” could flourish. Two million Palestinians are trapped under Israeli siege and occupation in the Gaza Strip, just a short drive from the Tel Aviv park where Dion has announced two performances. Most here are refugees from previous rounds of Israeli aggression, and most are children. UN investigators say that Israel’s atrocities in Gaza, that include the intentional, fatal killings by live sniper fire of medics, children, journalists and disabled people, “may constitute war crimes or crimes against humanity”. Yet no-one has been held to account. (text continued in comments) #CelineDion #CelineDionFan #humanrights #Internationallaw #Palestine #Palestina #nojusticenopeace #ICC4Israel #BoycottIsrael #FreePalestine #FreeGaza 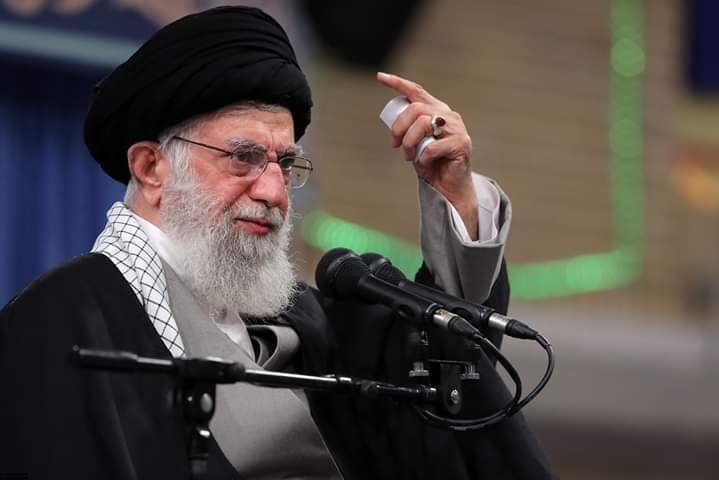 #FreePalestine "If for 68 years they killed your fathers, abducted your mothers, kidnapped your children to trade their body parts and built their houses on the ruins of f you own houses, how would you react?" ~Ayatollah Khamenei pic.twitter.com/RPxTCmFU2p

#FreePalestine "If for 68 years they killed your fathers, abducted your mothers, kidnapped your children to trade their body parts and built their houses on the ruins of f you own houses, how would you react?" ~Ayatollah Khamenei pic.twitter.com/wRn42wH4ws

B, Assange, what’s really happening in Syria and a lot more.

Swipe 👈 🇵🇸#Palestine || The injured Palestinian #child Malek Issa lies in the ICU in the hospital. The 7 year old child was wounded on Saturday by an IsraHell rubber-coated metal bullet in his head while he was heading home in Issawiyyeh, #Jerusalem . Malek has lost his left eye by an IsraHell rubber-coated steel bullet that hit his head while he was heading home from #school, few days ago. .. . The child's father: "Malek's injury was fatal, he survived, but he lost his sight in the left eye." . The latest development of the health condition of the boy, Malek Issa, 8 years old, who was wounded with a rubber bullet on his way home from school .. accompanied by his sisters, carrying his school bag and some candy !! . Doctors carried out a surgery to stop the bleeding in his eye, but they failed to do so , and they are going to do another surgery to in an attempt to save his eye. The #child suffered from bleeding in the brain and fractures in the skull. . . May Allah cure and be with him. 💔 . #savealquds🇵🇸 #savealaqsa #JerusalemIsTheCapitalOfPalestine #palestine🇵🇸 #palestinians #Palestinian_children #SavePalestine #prayforpalestine #palestinewillbefree #freepalestine #IsraHell #IsraeliTerrorism #israelterrorist #israelcrimes #IsraeliApartheid #IsraeliOccupation #shameonisrael #EndIsraeliOccupation #HumanRightsWatch

Y'all I am feeling the BERN tonight! He's KILLING it up there! Have you donated during the debate yet? That's what they'll be talking about tomorrow, hour much Bernie raised. Go here and give $5 👉 berniesanders.com (link in bio) #bernie2020 #berniememes #bern #debate #debates #berniesanders #feelthebern #notmeus #medicareforall #climatechange #freepalestine #trump2020 #trump #maga #election #election2020 #warren #warren2020 #petebuttigieg #mayorpete #bloomberg

HAPPY PALESTINE DAY!!❤️🇵🇸❤️🇵🇸There is no LOVE without FREEDOM. FALASTEEN you will forever be in my heart and in the blood that flows through my veins. You have instilled resilience and determination in me. I will never give up the fight for a FREE PALESTINE 🇵🇸 ❤️✊🏽#freepalestine #love #freedom 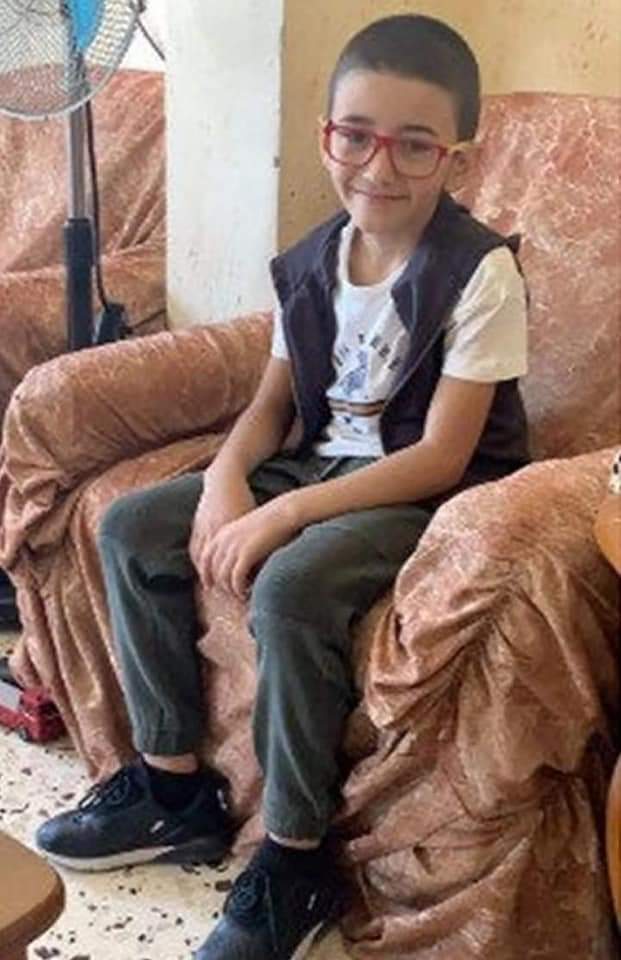 7-year Palestinian child, Malek Issa, from Issawiyah village in occupied Jerusalem was shot in the eye by Israeli occupation soldiers with rubber coated metal bullets, while he was on his way back home from school. #Palestine #IsraeliCrimes #FreePalestine #JerusalemIsOurspic.twitter.com/RVqMkwaR3A