Decided to try going back to drawing on paper again, after getting an iPad my physical drawing received very little attention, so it feels good to be back drawing with pencil and paper, this entire drawing was done in 2 days with just an H pencil, what do you think ? I love hearing feedback on my work🙂 . . . . . . . . . #drawing #pencildrawing #pencil #sketch #tattoo #tattooing #ink #inked #horror #horrormovies #frankenstein #blackandwhite #grey #otd #monster #horror

All #horrormovies are stinky poo pic.twitter.com/ljeiIhrlYz 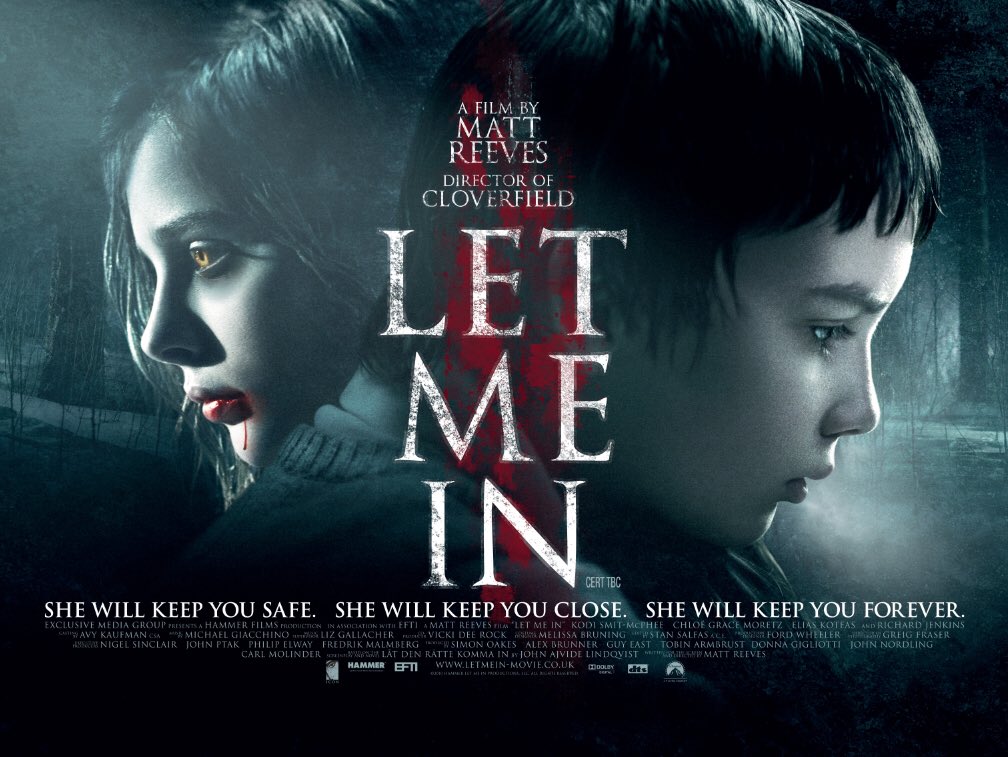 We are calling an audible and next week we will be discussing Mike Flanagan’s #doctorsleep instead of our original choice, The Night Eats The World. We were super indecisive this week. Sorry about that. But we are very excited to dive into this one next week on the show! #horrormovies #stephenking #theshining 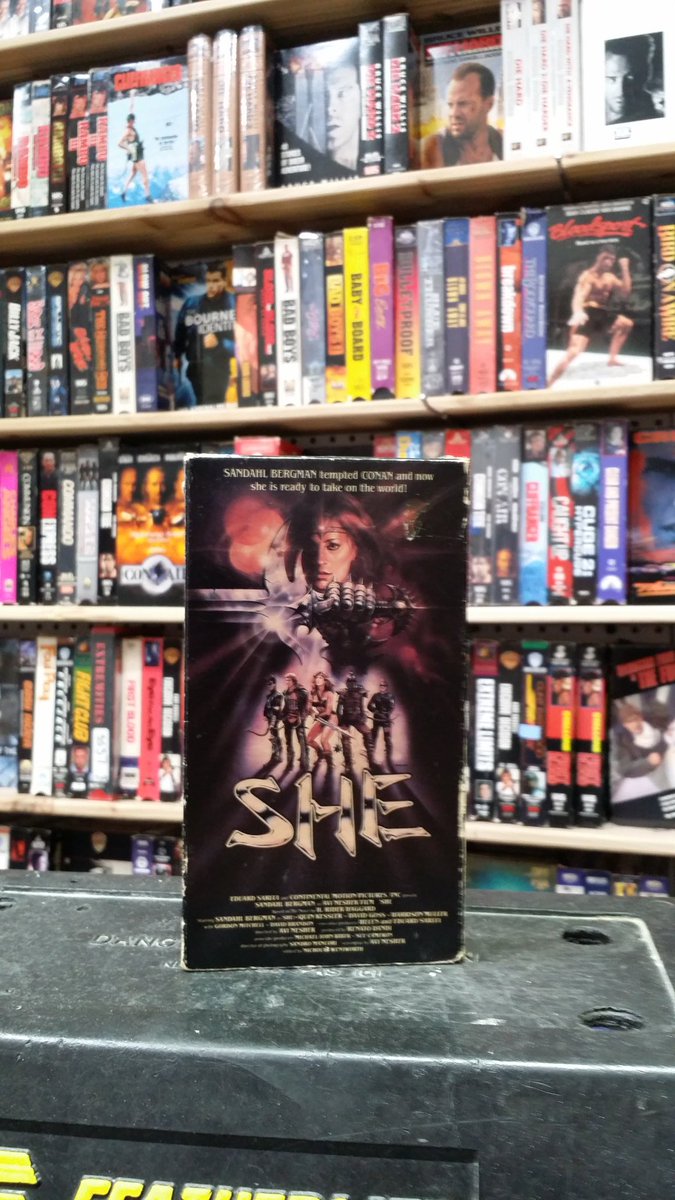 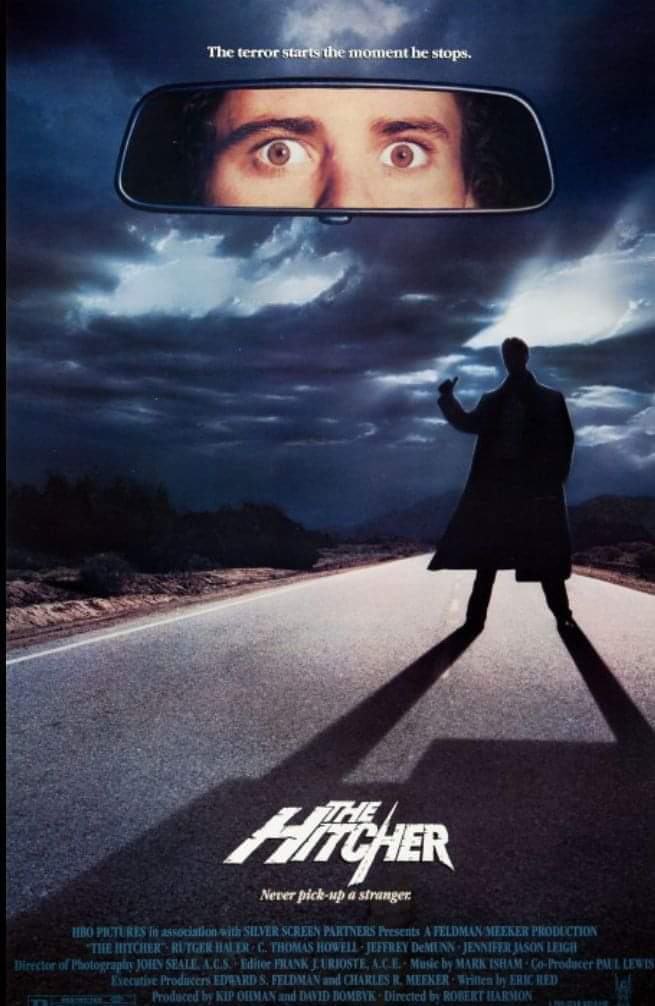 "He wants to live with us forever" 😬 See BRAHMS: THE BOY II this weekend! #brahmstheboy2 #horrormovies #hoytsnz #hoytsmoviemoments

i wonder if @THESLUMPGOD still has his ftp hoodie

(Bladen Films Logo 2020) Decided with the new year that I would leave Vaughn-Michael Pictures behind and take a step forward with a new company to make a fresh start. A new horror feature is in production with another in development. #productionlogo #horrormovies #directorslife #bladenfilms

Today's #LongOverduePodcast is live! In this episode, Denice and Chris talk about their favorite horror movies. Listen in at https://soundcloud.com/dpltx/long-overdue-episode-terrific-horrific-movies! #horror #horrormovies #film #movies #podcast

Movie poster is done and couldn’t be happier! @masoncwellsactor @becdoyle_ @wesmcgee77 @justins_lens @hunterpatrick and everyone else on the cast/crew thank you again for all the hard work! Can’t wait for people to see this at festivals! #filmfestival #filmfestivals #shortfilm #filmfest #horror #horrormovies

The new #batman suit reminds me of Big Daddy from Kick Ass. What are your thoughts on this new suit? 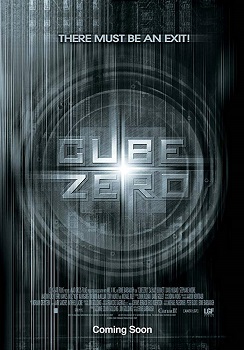 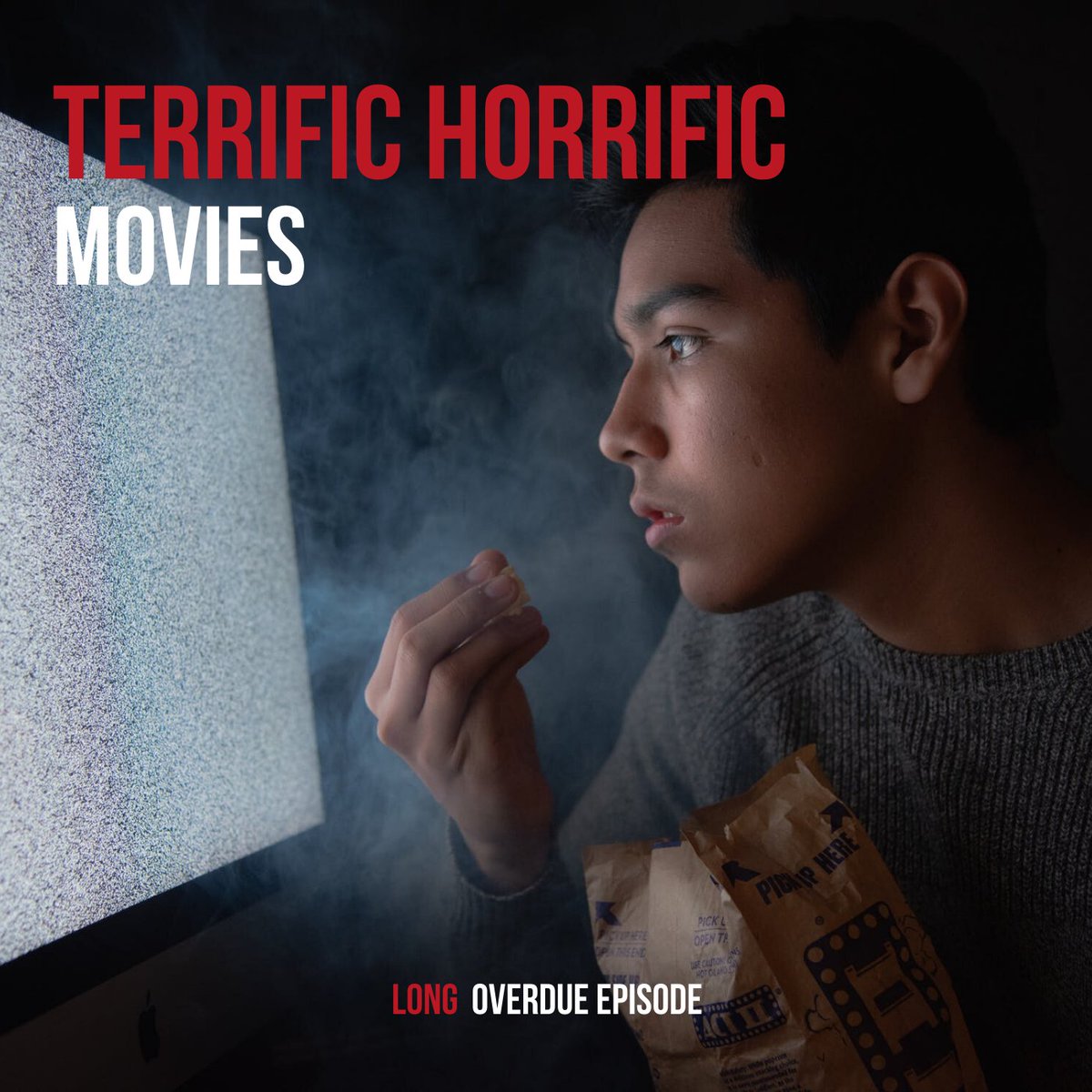 Today's #LongOverduePodcast is live! In this episode, Denice and Chris talk about their favorite horror movies. Listen in at https://soundcloud.com/dpltx/long-overdue-episode-terrific-horrific-movies …! #horror #horrormovies #film #movies #podcastpic.twitter.com/Noq93hfhEe

~ "What are you some kind of Swede?! You're speaking to me in Sweden, in Time Square!" ~ - - - - Next up for #90SHORRORWEEK Frankenhooker! Holy Crap! How have I never seen this before?! I should've listened to Bill Murray sooner🤣 This was so entertaining and hilarious, and I definitely will be giving another rewatch! Who else has seen this one?🧟‍♀️⚡💀😷 #FRANKENHOOKER #PATTYMULLEN #FRANKENSTEIN #EERIE #WEIRD #CREEPY #GORE #HORROR #HORRORMOVIES

luv u hoe lemme be on the next one

Movie poster is done and couldn’t be happier! @masoncwellsactor @becdoyle_ @wesmcgee77 @justins_lens @hunterpatrick and everyone else on the cast/crew thank you again for all the hard work! Can’t wait for people to see this at festivals! #filmfestival #filmfestivals #shortfilm #filmfest #horror #horrormovies

Pays off Sometime on Amazon wait out a movie. As I did with this one, and got this great @arrowvideo for awesome Price ✌️ #houseontheleft #arrowvideo #movie #film #westcraven #horror #horrormovies #horrorcollector #horrorfan

Movie poster is done and couldn’t be happier! @masoncwellsactor @becdoyle_ @wesmcgee77 @justins_lens @hunterpatrick and everyone else on the cast/crew thank you again for all the hard work! Can’t wait for people to see this at festivals! #filmfestival #filmfestivals #shortfilm #filmfest #horror #horrormovies @shriekfest @fantasiafestival

Yet another slice of Miike weirdness for today. This one was losing me about half-way through but it really won me back in the second half. So ridiculously over the top that it becomes absolutely hilarious. Great stuff. #TakashiMiike #DVD #DVDCollection #MovieCollection #Movie #NowWatching #Cinema #Horror #HorrorMovies #Japan #Japanese #JapaneseMovie

Alright, my first foray into opinion/review blogs! Check out my first one, and I welcome CONSTRUCTIVE criticism so I can bring better content to you! #horror #HorrorMovies #HorrorCommunity #beginner http://www.horrorfalls.com/2019/08/15/the-forest/ …pic.twitter.com/v7HUs3F0LD

I will always have an appreciation and undying love and respect for the way monsters and effects used to be done: hands on labor that took forever but the dedication and love put into that kind of work made the finished product shine and continue to shine today. I enjoy CGI, but I sadly feel that the days of practical effects and stop motion are far and few, and I can understand why: CGI saves time and can save money, but that love is not the same love of practical effects, stop motion, and animatronics that I believe provoke the imagination of not just creators but their audiences as well. #JackTheGiantKiller #Movies #FantasyMovies #HorrorMovies #AdventureMovies #SpecialEffects #StopMotion #animatronics #DVD

#VHS will always look better on a shelf than a DVD or Blu-ray ever will. #horror #horrormovies #bekindpleaserewind 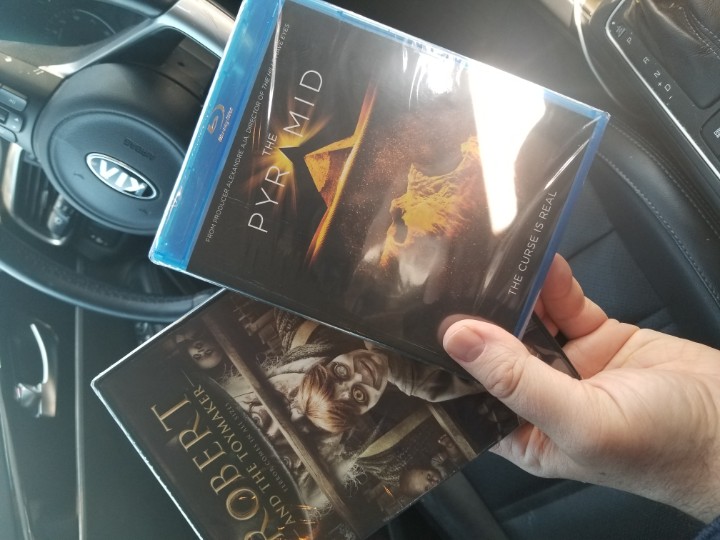 Dollar Tree "gets" on the way to see Sonic. These look like winners to me. #horror #dollartree #horrormovies #bluray #dvdpic.twitter.com/kCzhVGxXXn

Galaxy recently sat with the legendary queen of scream Danielle Harris to talk about her films, latest roles, growing up in Hollywood and much more... Don't miss this horrifyingly lovely interview! Danielle Andrea Harris is an American actress, voice actress, and film director. She is known as a "scream queen" for her roles in multiple horror films, including four entries in the Halloween franchise: Halloween 4 and 5, as Jamie Lloyd; and the Halloween remake and its sequel, as Annie Brackett. Other such roles include Tosh in Urban Legend, Belle in Stake Land, and Marybeth Dunston in the Hatchet series. In 2012, she was inducted into the Fangoria Hall of Fame. Harris began her career as a child actress, with various appearances on television and prominent roles in films such as Marked for Death, Don't Tell Mom the Babysitter's Dead, The Last Boy Scout, Free Willy, and Daylight. She is also known for her voice work, which includes playing Debbie Thornberry for the entire run of the Nickelodeon series The Wild Thornberrys, and in the related films The Wild Thornberrys Movie and Rugrats Go Wild. In 2013, Harris made her feature directorial debut with the horror film Among Friends, after previously directing a segment from the anthology film Prank and a Stake Land companion short film For more amazing episodes like this one go to: www.ComicCon-Radio.com Follow us on Instagram @ComicConRadio Please subscribe to Comic Con Radio on any platform you like! Always give us 5 stars. Please share this episode with the world! We love you all… Thank you for loving us back! #danielleharris #moviestar #actor #actress #horror #comicconradio #comiccon #galaxy 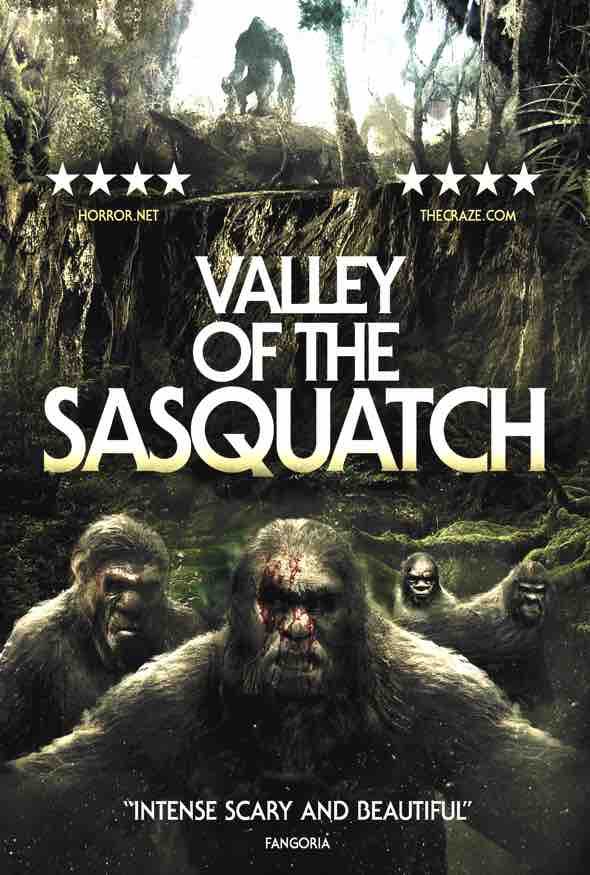 What a load of old nonsense Valley of the Sasquatch is,why am I taken in by cover art & random star ratings? It’s anough to make a #Cryptozoologist cry #NowWatching #HorrorMovies #FridayMood Bigfoot makes as many appearances as #BorisJohnson does when someone shouts ‘flood!’pic.twitter.com/kNE30CZcnm

The Cabin in the Woods (2011) 👍👍 A group of 5 college students are unwittingly manipulated by an underground organization into visiting a remote cabin to become potential sacrifices. I remember this being the horror movie everyone was talking about in 2011, and since I hadn't seen it in a good while, I decided to revisit it. Equal parts comedy and horror with some action thrown in. Has a very unique plot that satirizes horror tropes while also acting as an homage to the horror films that came before it. While some of the CG looks a little outdated by today's standards, the practical effects and makeup still hold up extremely well.