Two Icons, One Town. And what an incredible town you are. Thanks Sydney!! You are amazing!! @ Opera House & Sydney Harbour Bridge https://www.instagram.com/p/B85KVhgnSy5Vym7HRCv0MQUaGbsDYbIAAQ8xFc0/?igshid=192zza9zpehb6 …

This marks the end of a long and very exciting week of rehearsals for #LaTraviata @metopera and I am so very excited to open on Wednesday! This opera, this character, this whole experience is one of the greatest in my life! I may even dare to say this is my favorite role... I feel totally blessed. #vivaverdi #verdi #traviata #violetta #metopera #metropolitanopera #nyc #newyorkcity #belcanto #opera #iconicroles #sopranoroles

Another thing I'd like in a partner is someone that would like to attend an opera or a ballet show with me, maybe a Broadway show then we'd stop by an art gallery & eat some food while sitting on a bench at the park, ah, so relaxing, then sex behind a tree lmao I'll stop

Nixon in China, bitch. How happy am I to have these loons as pals #scottishopera #opera #ladiesnight

Mermaider is a top notch song! Have you seen the opera?

Toi toi toi and happy opening to the cast and crew of Roberto Devereux @laopera My incredible team of four produced this Elisabetta gown in roughly 18 hours!!! So grateful and proud of our team. Skirt was patterned, cut, and sewn by me. #laopera #opera #theater #robertodevereux #costume #costumer #draper #elisabetta

Today's the day! My #debut as Marzelline in Beethoven's opera #fidelio with @melbourneopera Absolutely overjoyed to be here in #bendigo at the #ulumbarratheatre !! Thank you MO for this opportunity, I want to sing from the heart and do my best! I can't wait!! . . . #opera #operasinger #operasingersofinstagram #beethoven #soprano #roledebut

Saw this and felt like you guys had to know about this guy and his fascinating views! Lemme know what you guys think Repost from @seedsofconsciousness_ • Sir Roger Scruton passed away a little more than a month ago. Scruton was particularly interested in aesthetics and art, and spent much of his life contemplating on beauty and its utility/value in human societies. I highly recommend to check out the free BBC documentary: "Why Beauty Matters?" by Roger scruton, on YouTube. . Sir Roger Vernon Scruton FBA FRSL (1944 – 2020) was an English philosopher and writer who specialised in aesthetics and political philosophy. Editor from 1982 to 2001 of The Salisbury Review, a conservative political journal, Scruton wrote over 50 books on philosophy, art, music, politics, literature, culture, sexuality, and religion; he also wrote novels and two operas. Scruton was a regular contributor to the popular media, including The Times, The Spectator, and the New Statesman. He embraced conservatism after witnessing the May 1968 student protests in France. From 1971 to 1992 he was a lecturer and professor of aesthetics at Birkbeck College, London, after which he held several part-time academic positions, including in the United States. In the 1980s he helped to establish underground academic networks in Soviet-controlled Eastern Europe, for which he was awarded the Czech Republic's Medal of Merit (First Class) by President Václav Havel in 1998. Scruton was knighted in the 2016 Birthday Honours for "services to philosophy, teaching and public education". After learning in July 2019 that he had cancer, Scruton underwent treatment, including chemotherapy. He died on 12 January 2020 at the age of 75. Sir Roger Scruton had a reputation for being a thoughtful and kind man, on both sides of the political spectrum; and in my eyes, his books and ideas are definetly worth checking out, regardless of any political stance one might have. . . . . . . #SirRogerScruton #literature #beauty #art #philosophy #philosophyquote #booklover #bookstagram #politics #knight #UK #englishliterature #wisdom #opera #enlightenment #conservative #history #sartre #solzhenitsyn #shakespeare #tolstoy

Another bs post and hopefully by march ill have stuff to work on because my lesson teacher finally wants to start getting serious and wants me to actually develop as a player because i only took lessons for when all-state comes around and he only charges me 1 every 4 lessons so now itll be easier for me to actually go and not worry about how expensive itll be, but I'll probably be posting more again in March because he'll give me stuff to work on and actually kind of the whole reason i made this account was because of him, he told me i should record my self playing more often so i can re listen to all my "musical errors" and i then i thought why not post them on insta as well so its a pretty good trade off because it has helped me quiet a bit i would say, but anyways I'll probably post just fundamental stuff around march because i need to get away from all these etudes because its not really helping me, im really just doing this to fill in the gap of just having something to actually play . . . . . . . . #trombone#trombone#orchestra#tmea#allstate#euphonium#tuba#brass#trumpet#jazz#lowbrass#windinstrument#prokofiev#trombonist#band#practice#opera#brassplayer#classicalmusic#horn#frenchhorn#scales#majorscales#music#excerpts#iloveband#sax#saxophone#practicemakesperfect

Congrats to everyone working on Dido and Aeneas on the powerful and moving shows so far! The last chance to see this wonderful production is tomorrow at 2 pm- get your tickets while you still can!! . #opera #baroque #purcell #didoandaeneas #singer 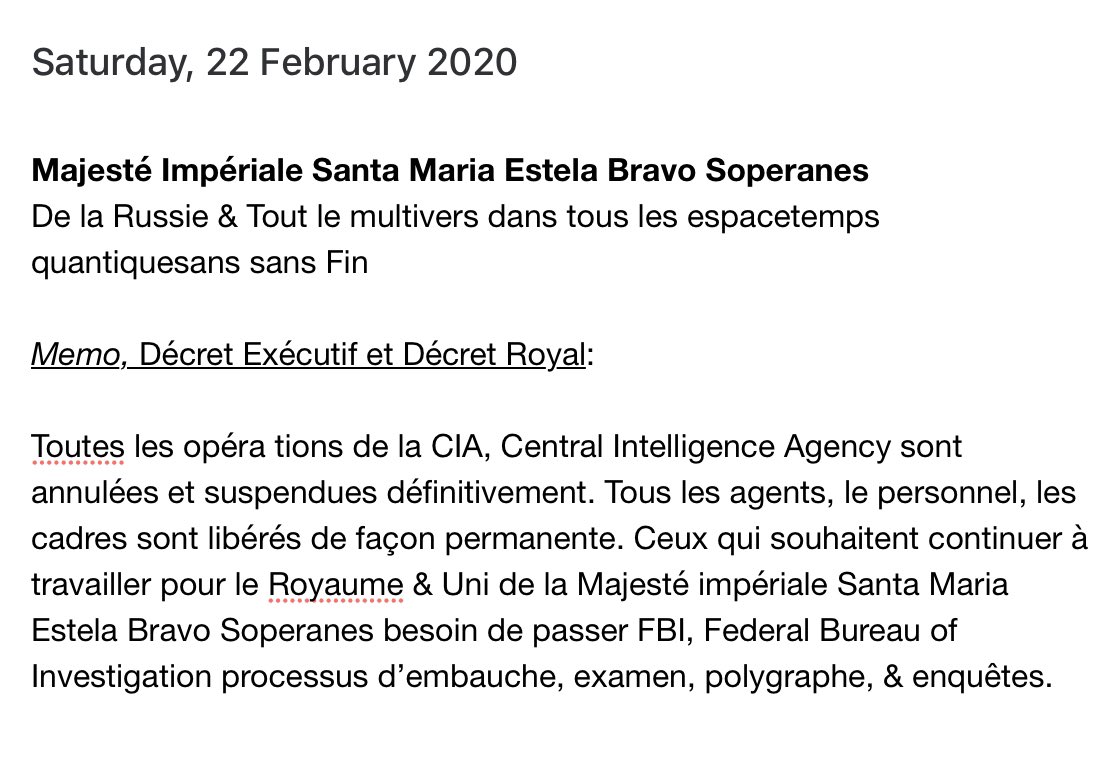 Singing in an opera for the first time in a minute. Still two more performances of Alcina - tonight at 8, and tomorrow at 3! Come see us, Juneau! #opera #alcina #mezzo #vistola 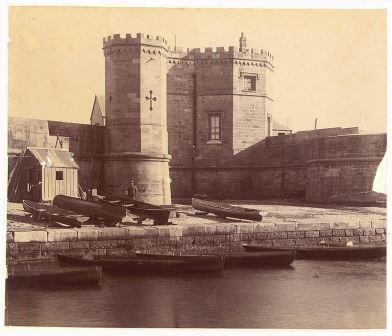 Fort Macquarie stood on site now occupied by the #Sydney Opera House. First built as a battlement fort in 1798 & upgraded to a more substantial fortification on order of Gov Macquarie between 1817 & 1821. Demolished in 1901. Photo below c. 1870. #nswpol #auspol #twitterstorianspic.twitter.com/hFUng3ESWF

I REMEMBER WHEN MICHAEL WAS ON THE ALL TIME FAVORITE SOAP OPERA ALL MY CHILDREN. 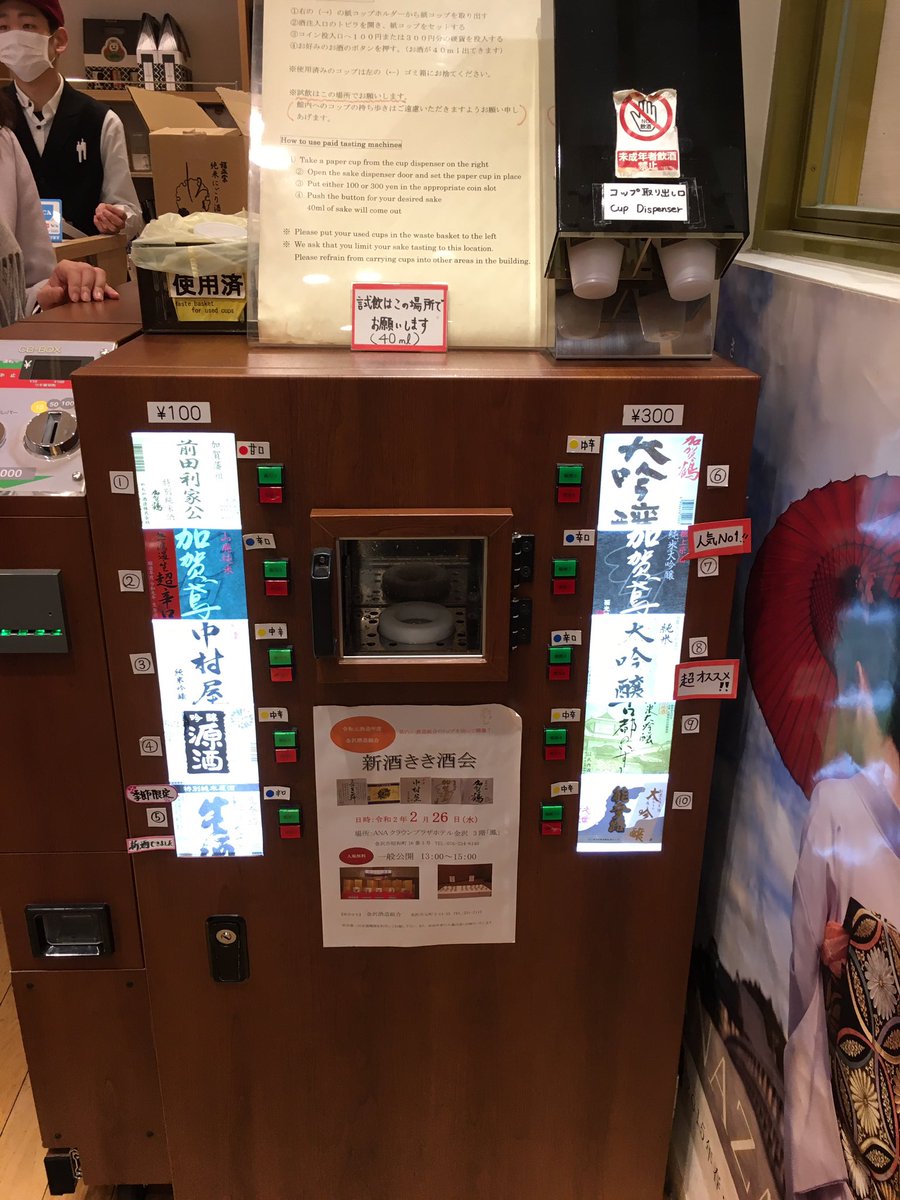 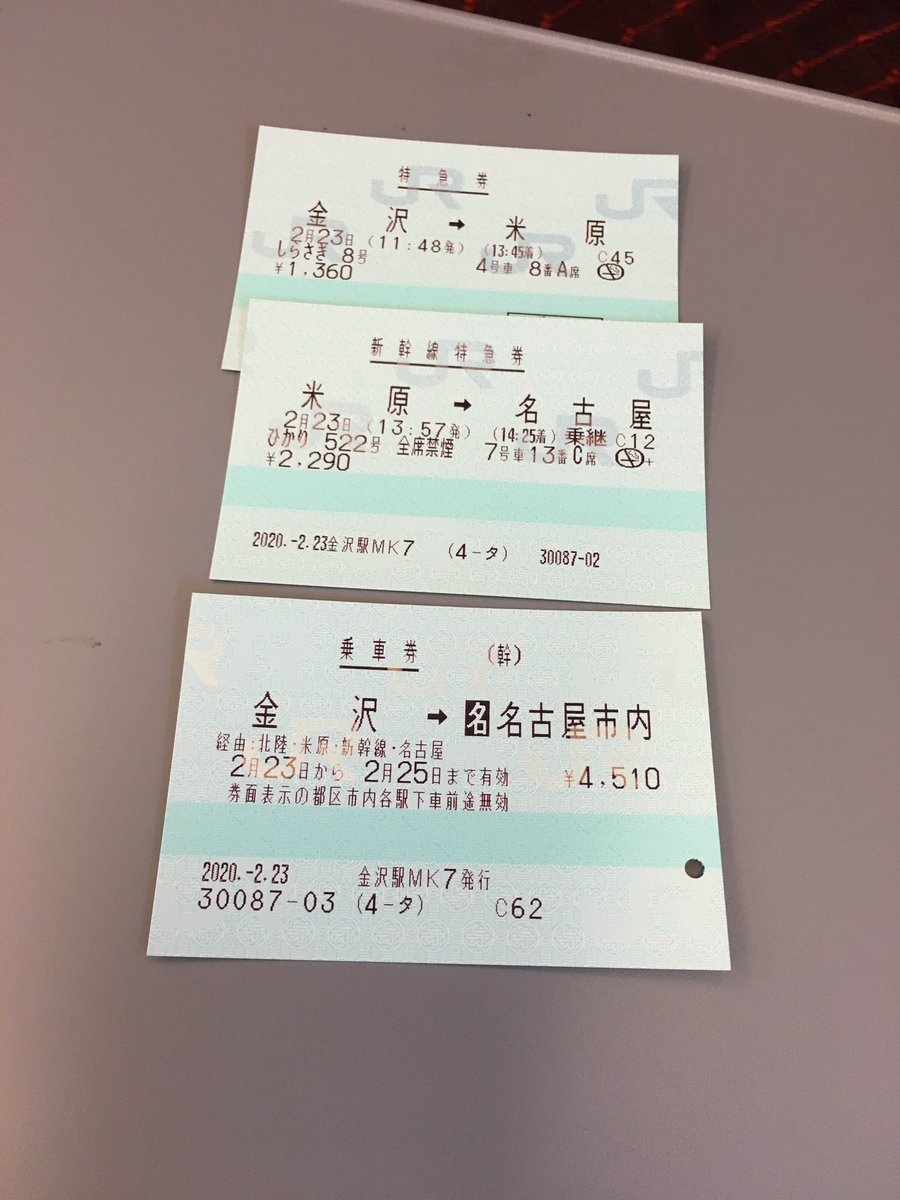 What to say? I waited for my 25th birthday to be something special. Guess what? With my people, the fantastic four, every day feels like birthday. Thank you for making every second of my life so special. Love ya to the moon & back. ❤️ #friends #birthday #special #nightlife #zagreb #opera #keepwalking #gustanigustanigustan 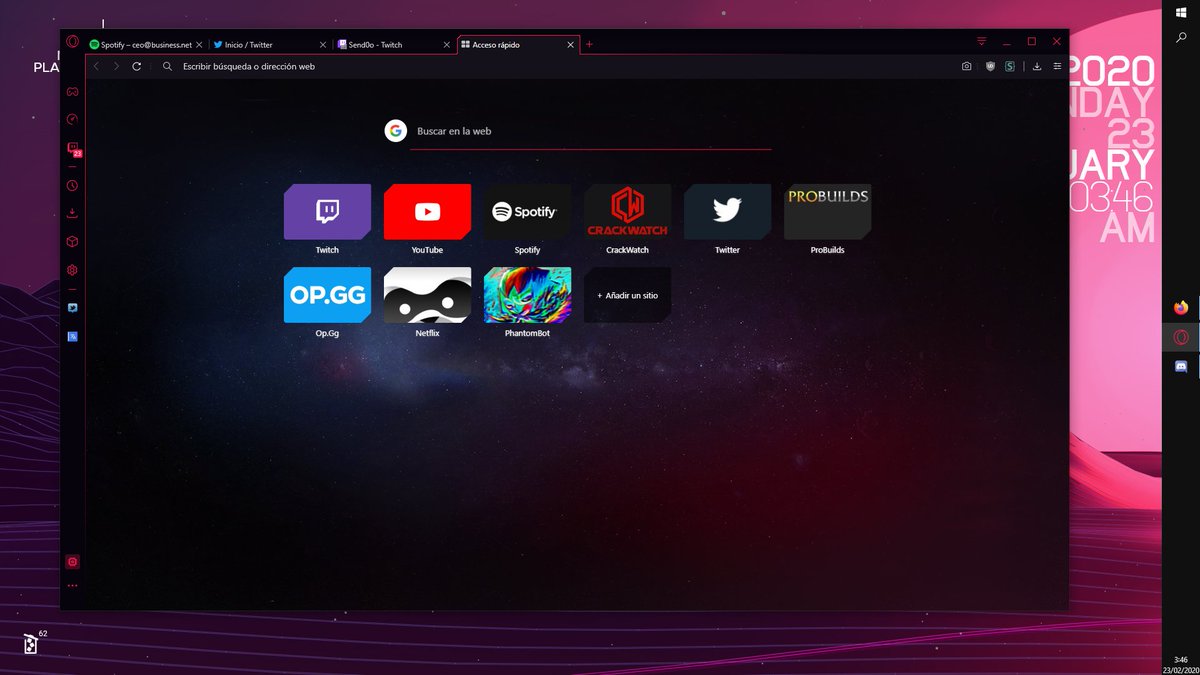 When you are the activities coordinator for the senior ministry, you try to find fun activities. Today we are celebrating Black History with a program at the Modern Art Musem of Fort Worth presented by the Fort Worth Opera--"Songs my mother taught me" featuring Jonathan Walker-VanKuren, tenor and Kyle Naig on the piano. The concert was wonderful. #spirituals #negrospirituals #opera #fortworthopera @fortworthopera @themodernfw #modernartmuseumfortworth #fortworthmodernartmuseum #blackhistory #songsmymothertaughtme @cartermetroftw @jonvankuren #blackhistorymonth

Today’s the day!! Tonight we open Roberto Devereux here at @laopera. This is one of my favorite operas and to be able to do it with such an incredible cast, chorus, crew and musical team has been an absolute dream. Toi toi toi to everyone!!! 📸: Cory Weaver . . . #operasingersofinstagram #opera #mezzosoprano #losangeles #laopera #donizetti @angelameadesoprano @therealquinnkelsey #ramonvargas @eskconductor @michaeljhawk #anthonyciaramitaro

I had a wonderful time exploring the role of Mimí with @orsonvangayii this afternoon. Thank you for your knowledge, encouraging words and for being my Rodolfo. 💛 #soprano #sopranosofinstagram #classicalmusic #opera #operasingersofinstagram #operasingers #labohème #alwayslearning #alwaysgrowing #followthatdream

Back at it! #Beethoven #KreutzerSonata

Saturday night working on my next Opera is For You video about symphonies and the first black classical composer! It’s coming soon @operaisforyou #operaisforyou #saturdaynightvibes #blackhistorymonth2020

Sometimes you just need to have a ridiculously hot bath, overloaded with bubbles and blast some classical! Opera has always been a guilty pleasure of mine thanks mostly to Looney Toons. I've even been able to teach myself a few Italian pieces. 😁#opera #classicalmusic #bubbles #jettub

Repost from @nyclgbtsites • "OPERA MAKES BOW AT THE CITY CENTER," declared The New York Times headline following the February 21, 1944, premiere of opera at New York City Center, located at 131 West 55th Street.⁣⁠⠀ -⁠⠀ "The first performance of 'grand opera' in the City Center of Music and Drama was given last night. The opera was 'Tosca.' The performance was of the most refreshing sincerity, competence and dramatic impact ... Here was opera, as concerned by Mayor La Guardia, given for the mass of the people, at price of 85 cents to $2.20, with a quality of performance which, if maintained and improved, can hardly fail to be benefit of and stimulus to the musical life of the city." (Olin Downes, reporting for the Times)⁣⠀⁠⠀ -⁠⠀ Photos: (1) New York Times article reporting on the premiere opera performance at City Center, 1944; (2) Exterior of City Center at 131 West 55th Street. #nyclgbtsites #otd #opera #newyorkcity #nyc