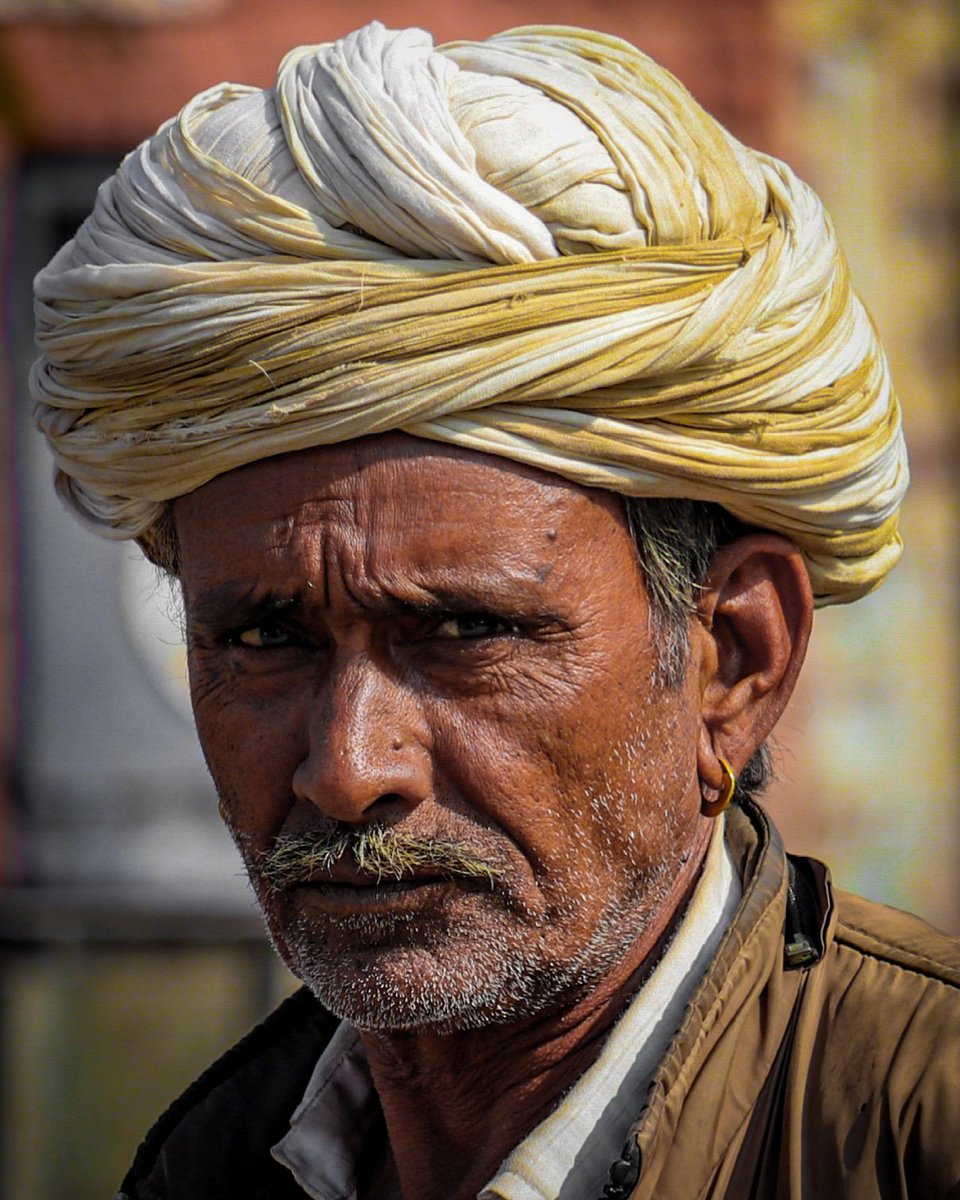 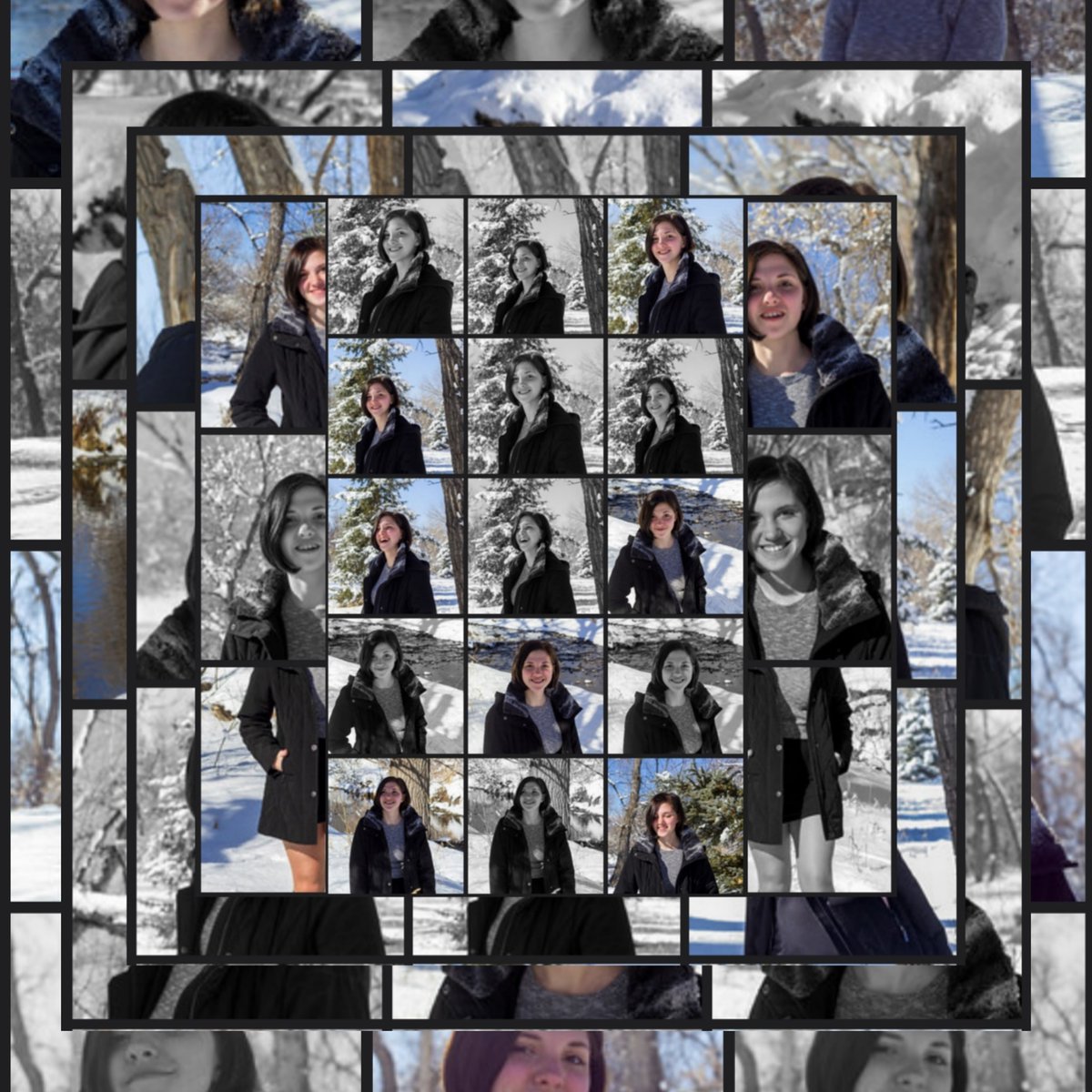 Had a lot of fun during the #portraitsession with Natalie! Even when we each had #snow fall off of #trees onto us. 2-8-20, at #ProspectPark in #WheatRidge, #Colorado. #Canon 50mm lens #oooShinyPhotography #oooShinyPhotos #oooShiny #portrait #portraits #portraitphotography #bnwpic.twitter.com/YrA7jY7hvR

Last call for mini headshot session tomorrow in #SanDiego! 2 spots left! 20 minutes quick in and out (then get In N out)! #sandiegophotographer #Rugger #portrait #bosslady #dentist #doctor #portraitsession… https://www.instagram.com/p/B8Sc5IiFNU7/?igshid=19ojt0t4aypuj …

Ya’ll know what it is! March 28th is coming up, so go ahead and message me to get your portrait session scheduled #rattlesnakelake #pnwportraits #seattlephotographer #portraitsession @ Rattlesnake Lake https://www.instagram.com/p/B72KUsnHdKQ/?igshid=bwasvsyrfx99 … 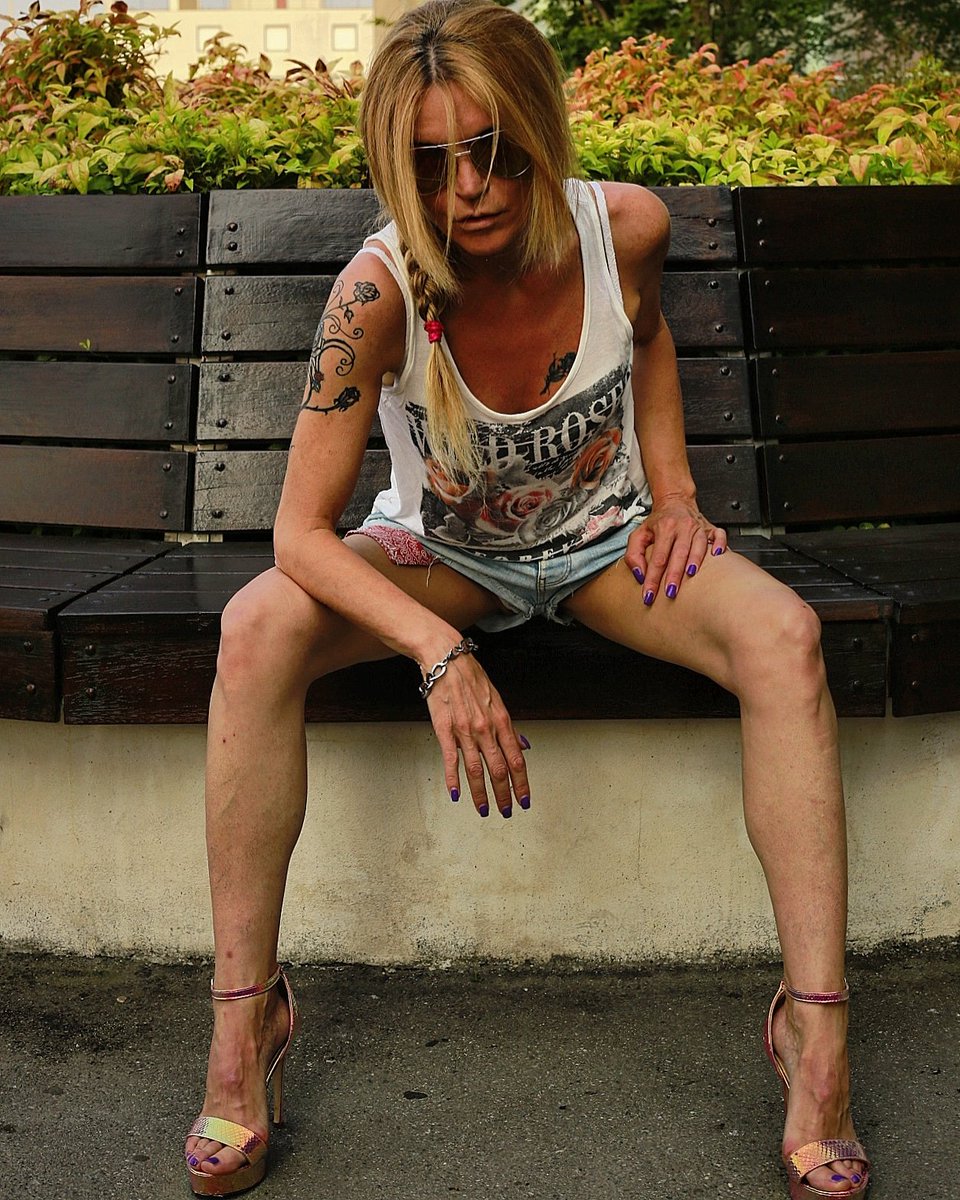 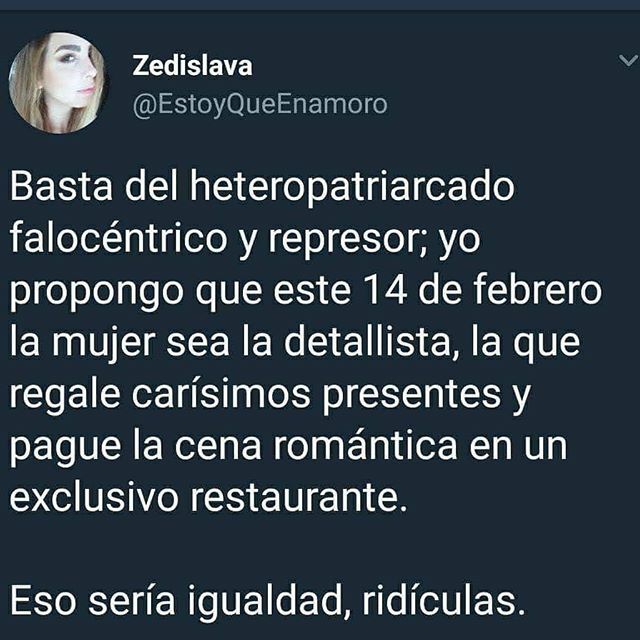 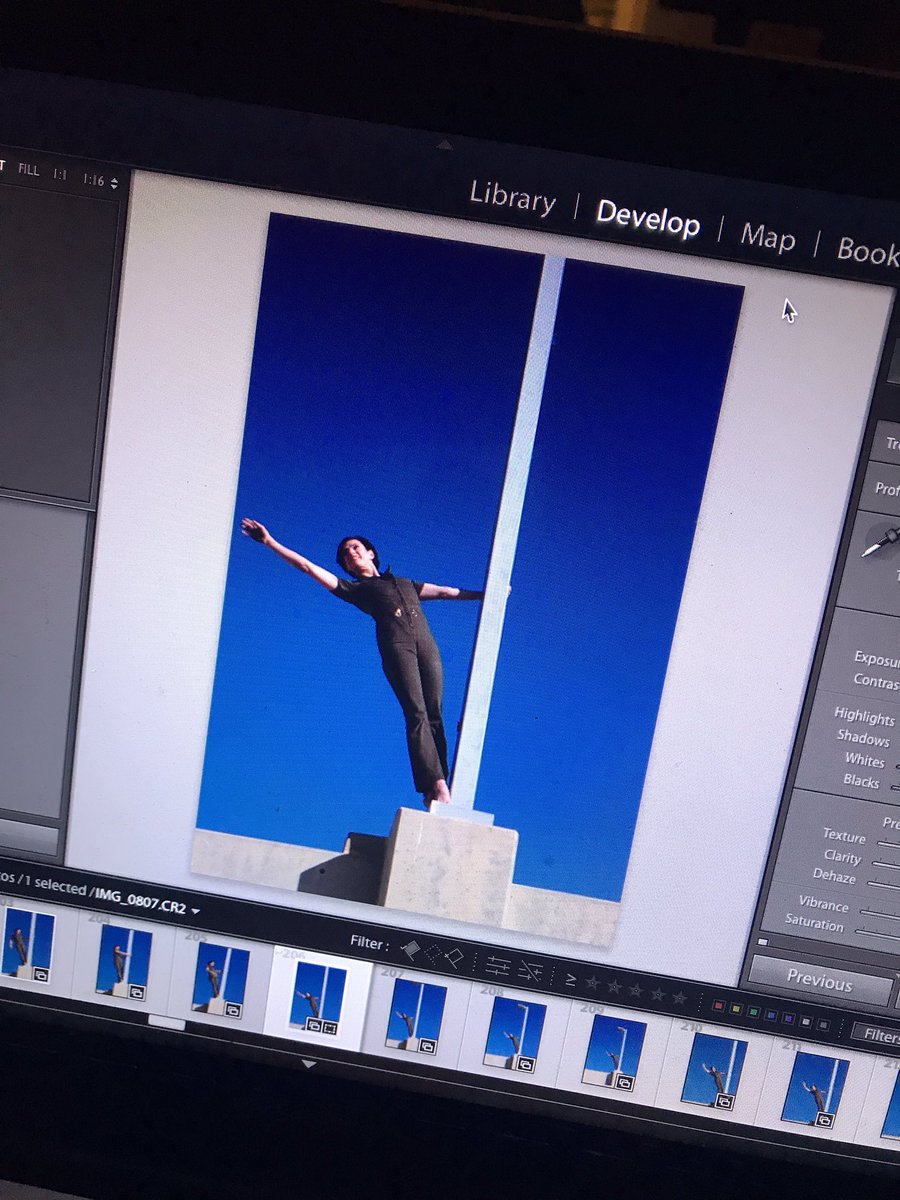 You’ve heard of hiding veggies in your kid’s food, but have you ever tried hiding from your kid in a bunch of veggies? I’m not a parent 🍅🥬🥒🥕🥦🌽

We asked one of our nieces the other day what’s she’s been learning about in school, and she said the presidents! We asked her who her favorite president was, and she said Abraham Lincoln, because he was an honest man. 😊🇺🇸 Happy President’s Day! #hkcreate #bayareaphotographer #sanjosephotographer #portraitphotography #portraitsession

I told myself thousands of times to not write anything deep in the captions. I thought "who cares?" but today I read two post very intimate and personal written from two women I follow. One was about abortion and the other was about divorcing. Do you know what I thought after reading them? "thanks girls for sharing". This is a social era, made of premade content and fake joy, and its important to share that life isnt always gold and beautiful, perfect for a photo or a story on Instagram. . ok Dona, go straight to the point. I wanted to share more about myself and what ive been gone through lately and what is my life without over thinking, without fear of sharing. because today ive been inspired by the power of two people who have fought and maybe I can do the same. . Guys, do you agree with sharing? do you think it can be helpful? . . . . #portraitsession #portraitstudio #studiosession #blackandwhiteportrait #bwportrait #details #fotografobari

Who likes FREE stuff?! Well…EVERYONE, of course! It’s National Random Acts of Kindness Day and I’m challenging each of you to show some extra love to a stranger today. I’ll never forget the time I lost my favorite water bottle at the gym and before I could even get to my car, a fellow gym member flagged me down to bring it to me. Share in the comments how you’ll choose to spread kindness today—OR tell me the nicest thing a stranger ever did for you! ⠀⠀⠀⠀⠀⠀⠀⠀⠀ 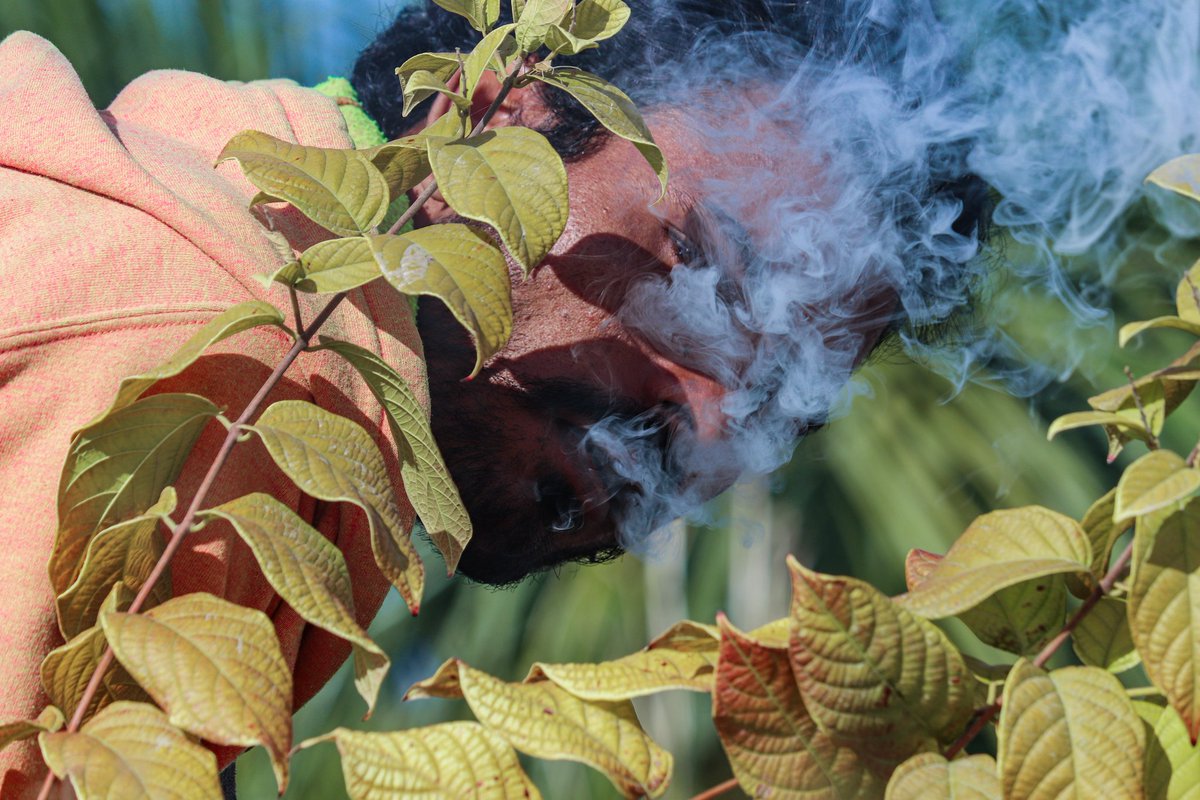 NOW BOOKING FOR VALENTINES DAY SHOOTS 2/14/20 50% OFF ANY OF OUR PHOTO PACKAGES IF YOU BOOK BY THIS WEEKEND ONLY!! . . . #lytestudios_photography #valentinesday #photosession #portraitsession #elizabethnj… https://www.instagram.com/p/B8T1p1InhGc/?igshid=sqixw1zoifty …

hope everyone is having a good monday✨ - missing these fall colors, but excited for some spring shoots🌿🌸

What more can I do?⁠⠀ ⁠⠀ This is a question I’ve been pondering all weekend. I went through to CLAW (Community Led Animal Welfare) on Saturday to photograph some of their dogs and kittens that are in need of homes and I left feeling like the photos weren’t enough. I photographed 20 dogs and 9 kittens. This sounds like a lot, but it’s really only scratching the surface. ⁠⠀ 📸Click this pic in my linkin.bio to see all the pics 📸 ⁠⠀ Animals are being surrendered to CLAW at an alarming rate as the South African economic depression affects people who are already poor and finding an extra few rand to feed their dogs just isn’t a possibility anymore. ⁠⠀ ⁠⠀ Don’t get me wrong, taking pictures makes a difference. There have already been over 500 shares of the images on social media, adoption enquiries and I expect most of the animals I photographed will get homes far quicker as a result. But as they leave, more animals will arrive to take their place. The problem of too many unwanted animals and not enough homes keeps getting worse.⁠⠀ ⁠⠀ I’m wondering what more I can do. I can’t take any more dogs in and even if I could, that solves the problem for a couple of animals, not for the majority.⁠⠀ ⁠⠀ I volunteer my time to help photograph shelter animals as often as I can, however I also have a business to run, a child to raise, six dogs of my own to care for, bills to pay and a fiancé who already gets less of my time and attention than he deserves.⁠⠀ ⁠⠀ I feel like I should do more to help dogs in need, I feel like I could make more of a difference, but I don’t know how and I know I can’t do it alone.⁠⠀ ⁠⠀ Is there someone out there with a fundraising idea? Or a spare million dollars? Pop me a DM, I’d love to chat about making a bigger difference for this awesome charity.⠀ ⁠⠀ #domore #payitforward #doingitforthedogs #animalphotographer #petphotographer #nikonphotographer #charityfundraiser 📸 @jackandjanephotography

TODAY’S THE LAST DAY TO GET 15%OFF PORTRAITS! :D⁣ ⁣ You deserve headshots and portraits that make YOU feel amazing and make OTHERS want to hire you! Update your profile picture and your “About Me” page with the freshest, boldest version of yourself OR get some IG batching checked off your to-do list. ⁣ ✶ NOT YOUR BASIC BRAND PORTRAITS ✶ Sunday, March 8th ✶ 9:30am - 5:00pm⁣ ✶ Book your slot now! ⁣ ⚘ A space that stands out - @urban_pines⁣ ⚘ Makeup included - @tatianakazana is our phenomenal makeup artist⁣ ⚘ Flexibility - outfit changes⁣, obviously! ⚘ A team focused on you - personalized photo session with Katie Lynn + Laura Grace⁣ ⚘ Video Portrait - leave with something beyond basic!⁣ ⁣ Check out the LINK IN BIO for more details.⁣

@isabellasvanholm from a shoot last year.

Barely awake. Barely there. My mind’s on a drive. Jaago yar jaago.

▪ Which Version is your favorite? 1 or 2? ▪ This photo pretty much sums up what my weekend was about. Fighting & holding on, no matter what. In the night after 14th February someone has stolen from me, a lot, actually. The days after were draining and it wasn't easy to concentrate on something else than this. But there wasn't time to break down. I had to go to the police, had to do phone calls and to try everything to get back what was mine. Finally, today I received the message that I got everything back. Now I just feel thankful. For the friends and loved ones, who helped me to make it through this and for everyone who was involved in solving this. ♡ So, in the storms of your life, I hope you find the courage to spread your wings above it. Even if it scares us so much, we only can fight. So, Fight it. #colortoning #liancary #surrealism #darkbeauty #surrealbeauty #hofsaale #bayern #photovogue #epicphotos #fineartphotography #portraitsession #postproduction #fantasyphotography #featurepalette @canondeutschland #artphotography #adobephotoshop #Portrait_mood #gramkilla @fineartactions #DieWocheAufInstagram @ig_muse // ※ Werbung.

Love is in the air @saveperris Valentine’s Day #portraitsession. It was a pleasure to work with him. He brought wonderful energy to set :) @ Ruby Bird Studio https://www.instagram.com/p/B8RoGrdgHOf/?igshid=13xgkplau1en9 … 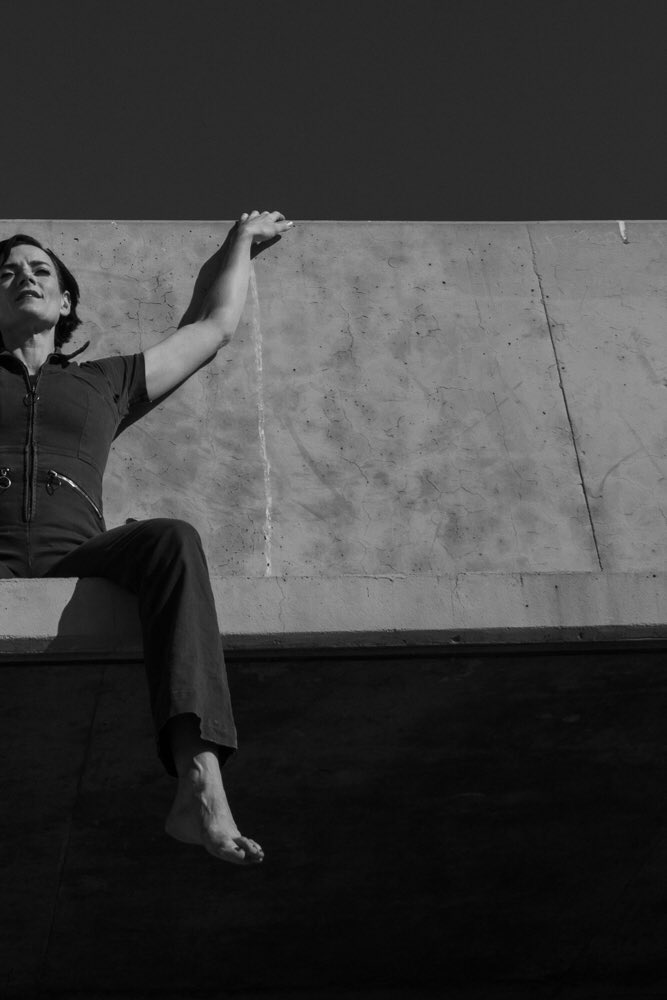 The lovely Sherah @healingandhopemassage doing her thing! 🎨 🖌 ⁣ ⁣ I love learning about and photographing people’s businesses, passions, and talents. 💕 ⁣ ⁣ If you’re interested in a personal branding session, DM me or fill out the form on my website! I’d love to meet for coffee and chat about your business and how I can best showcase and promote it (and YOU) through photos! 😊💕

i like your body. i like what it does, i like its hows. i like to feel the spine of your body and its bones, and the trembling -firm-smooth ness and which i will again and again and again kiss

This #tbt kicks off our countdown to Spring ! We’ve got the unveiling video to follow and it will bring out all the emotions ! Stay tuned for a few of our other favorites from their #portraitsession!… https://www.instagram.com/p/B8iIXYnJQxc/?igshid=6c9rzc1nkfnc …